Randal Corsen, who is based in the Netherlands, is an excellent postbop pianist, arranger and composer. One can hear a subtle “Latin tinge” in his music and he hints at such innovators as Chick Corea and Herbie Hancock while playing original music in his own voice. He took five years off between records as a leader to work on writing projects including his first opera Katibu di Shon. By the time that he recorded Symbiosis, Corsen was eager to return to being a jazz pianist again.

While his sidemen on various projects in the past have included David Sanchez, Paquito D’Rivera and Roy Hargrove, on Symbiosis, Corsen utilizes three young Dutch musicians: bassist Glenn Gaddum Jr, drummer Mark Schilders and percussionist Vernon Chatlein. They give him the type of stimulating support that he deserves. He allowed his music, which is unquestionably jazz, to be open to both his Antillean heritage and the other styles of music that he has enjoyed throughout the years. His eight originals are complex yet sometimes catchy, often rhythmic and usually accessible. The performances are sometimes episodic, developing as they evolve, and cover a wide variety of moods.

Symbiosis is full of thought-provoking music that is well worth several listens. 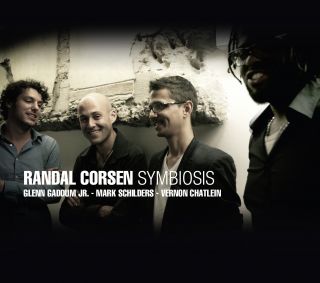 Randal Corsen/Corsen, Randal
€ 12.95
Add to cart
Product is on stock