The Okeh label was one of the most important record companies in jazz of the 1920s. Starting with its Mamie Smith performances of 1920 (including a huge hit with “Crazy Blues”) and accelerating in 1923, Okeh would eventually become best known for recording Louis Armstrong’s Hot Five and Seven during 1925-27 and his Savoy Ballroom Ball in 1928. Ironically by then the company was no longer independent, having been sold to Columbia in Nov. 1926. Nevertheless there were many hot recordings made for Okeh into the early years of the Depression.

Retrieval’s two-CD set has no less than 48 Okeh performances, many by obscure but excellent hot dance bands. This twofer brings together many sessions that eluded other reissue programs, often by jazz groups who only recorded a handful of numbers.

Many of these recordings were formerly rare, making this well-conceived reissue of particularly strong interest. 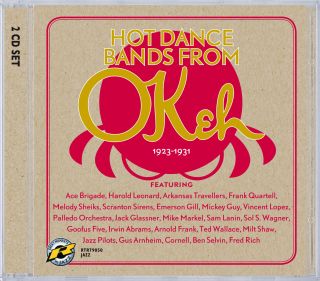