The new release of Eric Vloeimans his trio Oliver's Cinema is out now!

Next Friday, 20th of September the new trio of Eric Vloeimans, Oliver’s Cinema, will present their new album in Bimhuis Amsterdam.

Oliver’s Cinema has an international line-up with Eric Vloeimans (NL) on trumpet, Tuur Florizoone (BE) on accordeon and Jörg Brinkmann (DE) on cello.

This outstanding trio shares broad musical interests. The term ‘jazz’ is too limiting for them and with their uncommon combination of instruments they bring an original sound and spirit to that notion.

On the album, the trio celebrates how film music can transport listeners into lost spaces of memory and emotion. Its leader, Eric Vloeimans, is a prolific and evocative Dutch trumpeter who has toured the U.S. with his group Fugimundi. For this project, he created a new band with cellist Jörg Brinkmann and accordion player Tuur Florizoone. The group interprets real film scores, such as Ennio Moriccone's theme to 1988's Cinema Paradiso, as well as original compositions for films which exist only in their imaginations. 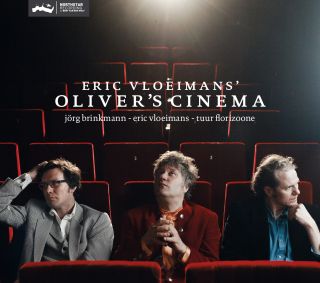