Next Wednesday, 25th of November, diva Sven Ratzke will present his new album in Bimhuis.

German-Dutch cabaret artist Sven Ratzke, a ‘showbiz enfant terrible’ (de Volkskrant), enchants the Bimhuis with a one-off live performance based on his new CD Songs in a Cabaret, a tour of theaters from Paris to New York, from Berlin to Vienna. Songs by cabaret divas such as Marlene Dietrich, Ingrid Caven and Hildegard Knef are interchanged with songs written especially for Ratzke by Mathilde Santing, Cora Frost and the female Tom Waits from New York, Rachelle Garniez.

Sven Ratzke knows how to combine mainstream- with underground music. His show ‘Ich Habe den Dreigroschenblues’ with music of Kurt Weill is a prefect example for this where he approached world famous repertoire from a new, surprising angle.

‘Songs In A Caberet’ is Ratzkes first studio album with musicians as Eric Vloeimans, Tuur Florizoone, Fay Lovsky and Claron McFadden. All special guests on this album will be at the releaseconcert in Bimhuis. 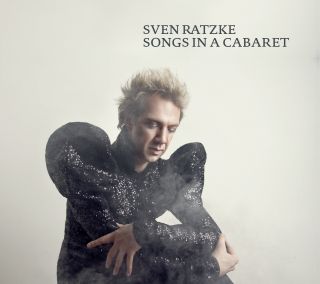 Songs in a Cabaret