It is easy to think of this new CD from the Lisbon Underground as being a big band album, at least until one listens to it. After all, the band consists of six reeds, three trumpets, three trombones, bass, drums and the piano of leader Marco Barroso. However the use of electronics and samples give the eight Barroso originals an otherworldly quality, blending together the electric with the acoustic in a sort-of updating of the Gil Evans Orchestra ideas of the early 1970s. However in addition to the Evans idea, the music is influenced by Frank Zappa, noise art, and Marco Barroso’s wild imagination.

As if to show that this is far from a typical big band album, the first two brief pieces, “What” and “Lux,” are filled with bizarre and somewhat startling sound effects. Things settle down a little bit on the third piece, “Turn Around,” but not for long. While there are worthy solos along the way by tenor-saxophonist Jose Menezes, Jorge Reis on soprano, baritonist Elmano Coehlo, trumpeter Joao Moreira, trombonists Luis Cunha and Eduardo Lala and clarinetist Paulo Gaspar, they only form one layer of the music and are often overshadowed not only by the rhythm section but Barroso’s creative and sometimes bombastic electronics.

The result is that L.U.M.E. contains music unlike any heard before, creating a new world of very futuristic music. 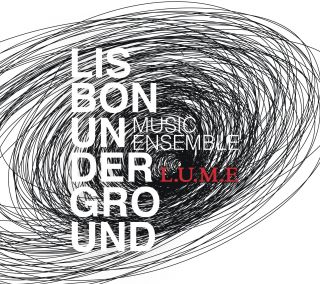