The Ploctones on Ploc range from rockish jams and avant-funk to quieter ballads. The adventurous guitarist Anton Goudsmit stars.

When one hears the Ploctones, there are times when their playing is so explosive that it sounds like Sonny Sharrock meeting Albert Ayler with Jimi Hendrix helping out. Certainly the first two passionate numbers on Ploc, their fourth CD, sounds that way. But then there are other times when they sound like a modern jazz group that displays lyricism and melodic development. The Ploctones are certainly an eclectic and unpredictable group, and they clearly want to stay that way.

Founded in 2004 and based in the Netherlands, the group is comprised of the intense guitarist Anton Goudsmit, Efraim Trujillo on tenor, soprano and flute, bassist Jerden Vierdag and drummer Martijn Vink. Goudsmit is the lead voice and the most explorative improviser but the other musicians do not exactly take it easy on Ploc. Trujillo plays powerfully (particularly on tenor) while Vierdag and Vink add a great deal of passion to the music.

Ploc features the Ploctones at their most colorful and creative. 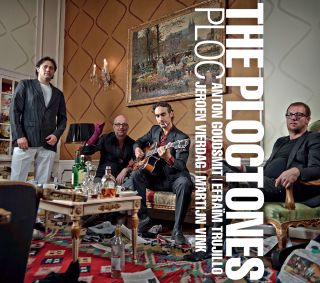