Guitarist Scott Fields was born and raised in Chicago. He originally played with both rock and avant-garde groups for several years, doubling on saxophones. Fields actually stopped active performing for 15 years starting when he was 23, working outside of music in Madison, Wisconsin while gaining degrees in journalism, economics and mass communications. However he was drawn back to music, moving to Cologne, Germany and becoming a major force in European jazz. He has mostly performed with top American and European greats in avant-garde music ever since including Michael Bisio, Marilyn Crispell, Hamid Drake, Michael Formanek, Gerry Hemingway, John Hollenbeck, Rob Mazurek, Myra Melford, Elliott Sharp and many others.

Fields’ String Feartet is a well named quartet that also features violinist Axel Lindner, Vincent Royer on viola and cellist Elisabeth Fugemann. Fields contributed the five compositions which include such intriguing song titles as “Sexual Perversity In Chicago,” “The Tragedy Of Spade Cooley” and “Snail Fight.”

The music on this unique set may not always be fearful but it is certainly quite avant-garde, with the written sections leading logically to the free group improvisations. Violinist Lindner and Royer on viola are the lead voices, creating dense ensembles that include Fields’ tonal distortions and feedback along with Fugemann’s always stimulating cello. 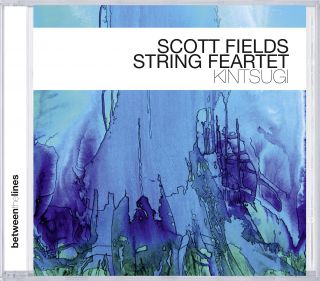