Karl Amadeus Hartmann (1905-1963) is one of the most significant but least-known symphonic composers of the 20th century. This set of three hybrid SACDs, issued to mark the 50th anniversary of the German composer's death, features his eight symphonies played by the Netherlands Radio Philharmonic Orchestra and Netherlands Radio Chamber Philharmonic under the batons of several major conductors, including Christoph Poppen, Osmo Vanska, James Gaffigan and Markus Stenz. 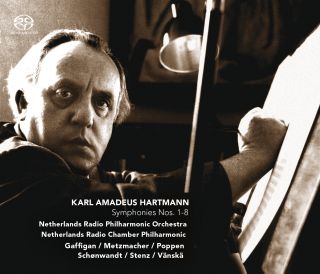