Now online the video of the live performance of the SUMMER video-single of Eric Vloeimans' Oliver's Cinema at the daily TV show 'De Wereld Draait Door' (April 2015). Watch it: here

About the new album, 'Act 2': Each performance of Eric Vloeimans' Oliver's Cinema will offer an evocative blend of sentiment, mood and melody. Expect a distinct, emotional clarity to these virtual landscapes with a minimum of clutter and distraction, and an intriguing range of musical flavors. Some will hear jazz as the primary note, many will mark a variety of classical and folkloric ideas passing through lime welcome visitors, finding a comfortable place within these performances. All will recognize a refreshing originality to Oliver’s Cinema that remains long after the listening, a retinal after-image for the ears and the heart that will stay with you long after the closing credits.

'Act 2' is a V-flow production and distributed by Challenge Records.
www.challengerecords.com
www.ericvloeimans.nl 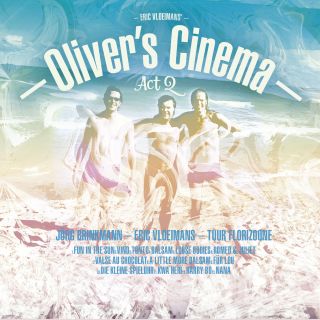