The renowned Ton Koopman is celebrating its 75th birthday this fall. Koopman is one of the last great early music pioneers of the first hour. Still as energetic as 40 years ago, when he founded his Amsterdam Baroque Orchestra (ABO), he and his ensemble are celebrating the achievement of this crown year. At the concert on October 4 in the Muziekgebouw aan 't IJ in Amsterdam of curse Johann Sebastian Bach will be played, but Koopman also makes a surprising trip.

The jubilee concert opens with Bach's cantata BWV 207a “Auf, schmetternde Töne der muntern Trompeten - Dramma per musica”, one of the most beautiful according to the jubilee conductor, and Haydn's Symphony no. 98 with a harpsichord solo. Then a noteworthy excursion: Koopman conducts the "modern" masterpiece Gypsy song by Johannes Brahms with pianist Ronald Brautigam as soloist.
Prior to the concert there is a lecture by former director of the Early Music Festival Jan van den Bossche about '75 years of Ton Koopman - 75 years of early music '. 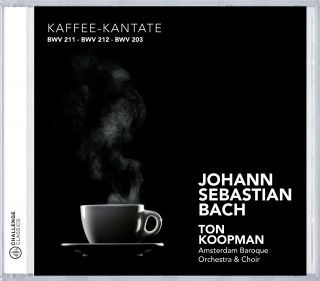