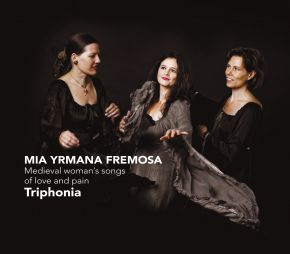 "Woman‘s songs, embodying mostly love lyrics, were found throughout Europe during the Middle Ages and reflect a more popular character. The language in these poems tends to be simple and direct. The songs often incorporate aspects of nature: in German songs the linden tree, fields, woods, flowers, and birds are common, whereas the romance-language lyrics tend to utilize the images of the sea, waves, beaches, rivers, and wind. Even in modern the popular traditions of Portuguese fado or French chanson the image of the sea is still prevalent. Other prevailing themes may involve the conflict between the upper and lower classes, strife among married couples resulting in frustrated and dejected wives and suspicious and jealous husbands, dissension between mothers and daughters, as well as discrepancies between sisters, or intimacy between sisters. The woman‘s song unfolded in a variety of genres: strophic refrain songs, dance songs, ballads, chanson de toile, chanson de malmarée, pastourelles, dialogues, motets, etc.

One may ask why a recording of primarily “woman‘s songs“ would contain no single song actually attributed to a female composer. The category of medieval woman‘s song embodies lyrics written not necessarily by women, but rather in the female voice – songs seen through the eyes of a woman, spoken by a female speaker. Such songs do not depict the typical male devotion to the lady and do not emphasize the high courtly love tradition of the unattainable lady, but they rather tell more seemingly personal, yet also archetypal stories of the wishes, desires, sorrows, and disappointments of young women. Woman‘s songs, mainly written by male composers – although many have been transmitted without authorship – could perhaps be thought to reflect the male desire and fantasy about women and their reflection of the female stereotype during the Middle Ages, as well as providing a diversion for an audience more sophisticated than the characters represented in the songs themselves. The trobairitz (female troubadour), like their male counterparts, on the other hand, composed mostly in the more artistic courtly love tradition, and except for a few dance songs, they did not seem to have written songs in the more popular style of the woman‘s song. This leads to the speculation that the creation of woman‘s songs could indeed have been a mostly male practice." (Parts of the text of the cd linernotes with this CD)