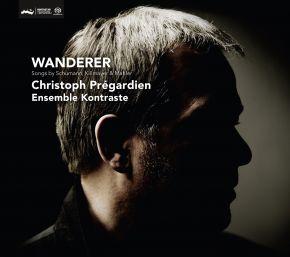 Not even our contemporary inclination towards ‘authenticity’ and ‘loyalty to the composer’s intentions’ has been able to stop the trend of adapting scores for a different instrumentation than what the composer originally had in mind. The rapidly growing number of smallish ensembles with combinations of instruments for which very little music is available has even proved to be an added incentive in this direction, leading towards a new development within classical music. Not infrequently, a particular interest is shown in lieder which were originally written for solo voice with piano accompaniment. Sometimes the composers themselves put a small instrumental ensemble or even a complete symphony orchestra in the place of the original piano part, but it is not unusual for others to undertake this task.

One of the composers who adapted a piano score for a complete orchestra was Gustav Mahler (1860-1911), and the orchestration for his Lieder eines fahrenden Gesellen (Songs of a Wayfarer, written in 1883-1885) followed the piano version so quickly that the very first performance in 1886 immediately featured the orchestra. In 1920, Arnold Schoenberg created a new version for flute, clarinet, harmonium, piano, string quintet and percussion, and this instrumentation was taken by the ensemble KONTRASTE as the starting point for a project called Wanderer, in collaboration with the tenor Christoph Prégardien. It revolves around Mahler’s Lieder eines fahrenden Gesellen as well as sixteen lieder by Robert Schumann, which were arranged for this project by Marcus Reiβenberger. The idea was to retain the liveliness heard in the piano accompaniment while at the same time creating an instrumental colour palette that far surpassed it. A sort of intermezzo is formed by four lieder by contemporary composer Wilhelm Killmayer, who wrote his own instrumentation to fit in with the idiom used in the lieder of Mahler and Schumann.  (from the linernotes written by Paul Korenhof)

I am pleased to say that you can now access my translations of the Hölderlin poems as set by Killmayer on my song text translation site: www.uritext.co.uk

Do Pregardien's 'Wanderer' in particular and lieder discs in general come with English translations of texts?

On Itunes one usually only downloads the music. Kind regards, Challenge Records

from itunes no lyrics text

Gustav Mahler (composer)More information
01-02-2012 Gramophone
"Prégardien sings with an unaffected directness that by no means precludes subtlety."
01-02-2012 Music Web International
"All those concerned with this Wanderer project are to be heartily congratulated. I will listen to this splendidly performed release again and again."
01-01-2012 BBC Music Magazine
"his singing is full of imaginative insights"
pizzicato
"Triumph of emotionality"