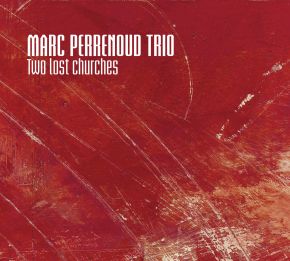 The Marc Perrenoud Trio with the same band members since 2007 has already been on three tours in South America (2007, 2009 and 2010) as well as given concerts in such different places as Paris, Lyon, Zurich, Berlin, Prague, Budapest,
Madagascar, Beirut, Damascus and Amman. In addition, they have played at festivals such as the Montreux Jazz Festival (2009), Jazznojazz Zurich and the Buenos Aires International Jazz Festival (both in 2010). Consequently, it is that much more surprising that "Two Lost Churches" is only the second album of the trio. Perrenoud, about whom the journalist Luca Sabbatini
once wrote that there is an "unbelievable fantasy in his melodies, a destructive force, tangible lyric intensity," is really a master of all things who defies any customary categorization. If anything, then what we hear is clearly jazz. However, we also find many influences from other popular styles in his artistic approach. It is a kind of popular music such as Johann Sebastian Bach cultivated. It is a kind of popular music such as Cake celebrates. It is a kind of popular music such as Return To Forever lets us appreciate. There is a suitable term for this in English: attitude. Perrenoud, whose record collection must be very large given the gr eat variety of sounds and associations, seems to display such a pop attitude for jazz (put more aptly: for his jazz) more than clearly. Despite the multifaceted influences on this trio that come to mind, how original and even novel they sound is
really impressive. What the trio does with the classic "Autumn Leaves" alone is remarkable in this respect.