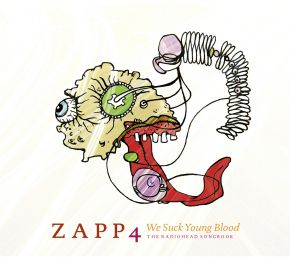 Mark van der Voort of Brabants Dagblad described it well, this music of Radiohead that Zapp 4 has arranged for string quartet when he visited their live concert:﻿

"...The highlight of the festival was the concert of Zapp 4. Zapp 4 is no ordinary string quartet. This time they only played their own arrangements of pop-icon Radiohead. Blistering versions of songs such as A Wolf at the Door and My Iron Lung which will soon be released on their new cd. The known melodies and electronic beats got transformed to pizzicato notes and a rich string sound. The public could not get enough of it." 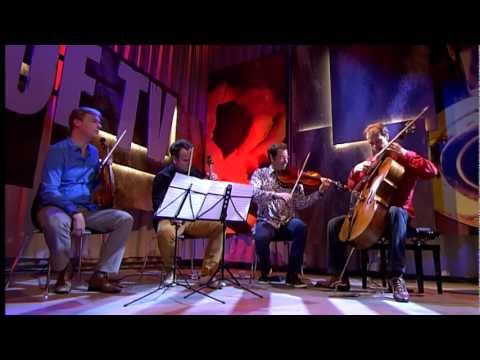 14-06-2013 Jazzism juni/juli 2013
"A performance by Zapp4 is an experience that will leave you with a big grin on your face and a fresh view of the world."
05-06-2013 Volkskrant
"Cunning, exuberance and rhythmic games are Van Geels trademark."
07-04-2013 Kwadratuur
""The way the members of this quartet play together (three out of four are collaborating for almost 15 year now) contribute to a musical sharpness. The equality in rhythmic performance, the exactness of intonations and especially the dynamic balance between the members lift the musical result to a higher level."
"
05-04-2013 NRC Handelsblad
"According to the jury of the VPRO Boy Edgar Award, Oene van Geel distinguishes "with a superior swing, an enormous ability to improvise, a thorough knowledge of the history of jazz and a permanent curiosity to different genres, whereby he sets an example in the crossover world on an atypical manner. "
08-03-2013 Nederlands Dagblad
"It is impressive to see how this group with a classical line-up is capable of producing catchy, danceable and contemporary-style sounds."
31-01-2013 Jazzenzo
"Titillating..."