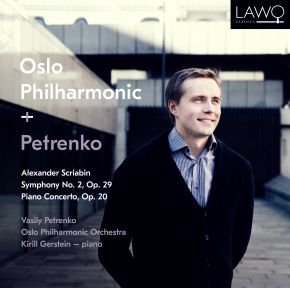 Among the diverse figures of musical modernism in early twentieth century Europe, Alexander Scriabin (1872-1915) was by far one of the most eccentric and most mystical. With innovative sounds and utopian ideas, the Russian composer, philosopher and mystic challenged not only performers and listeners of his time, but also frameworks of thought, categories of history, and limits of art. Scriabin’s seemingly egocentric outlook, megalomania and delusions have been psychoanalysed, ridiculed and brushed aside. Nonetheless, he sincerely believed himself that art in general, and his own music especially, could change the world and elevate humanity to a new and higher level of consciousness.

The plan was that his musical production and activity would culminate with Mysterium, a work that was to be performed in the foothills of the Himalayas and in which all art forms would be synthesized, time and place suspended, and all those present would be participants in a grand transcendence. Long before he reached that point — and he never actually did, although he was working on the sketches when he died in 1915 — he composed his only and often underrated Piano Concerto (1896) and his ineffable but likewise unpredictable and much berated Symphony No. 2 (1901). It goes without saying that Scriabin in his twenties was an unusual young man and that these works have their enigmas, albeit more down-to-earth this time. The Piano Concerto also reveals Scriabin’s ability to write idiomatically for the piano. He was a distinguished concert pianist himself, despite the fact that nature had not provided him with the best prerequisites for success. He was said to have especially small hands for a pianist.

In spite of small pianist hands and symphonic opposition, Scriabin continued to compose music both for orchestra and for piano, music which few have fully understood and which none have managed to copy. Even in his early works — such as the Piano Concerto and Symphony No. 2 — he was about to break with tradition and create his own style and musical expression. And perhaps at the same time he was taking important steps on the road toward the great Mystery that awaited him at the foot of the Himalayas, though only he can provide an answer. Meanwhile, listeners can appreciate music of a composer who undeniably throughout his career dared to think outside the box.

17-10-2017 My Classical Notes
"On this recording the Symphony No.2 is coupled with his Piano Concerto op.20, performed by the excellent pianist Kirill Gerstein."