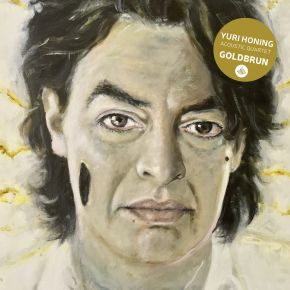 A plea for Europe
After his successful album Desire, saxophone player Yuri Honing presents a jazz disc breathing peace, serenity, tension and mysticism, inspired by Honing’s love for classical music, history and art.
The album’s central motives are Europe and heroism. In times in which people don’t always appreciate the value of Europe – 70 years of peace – Honing tells a compelling story. In order to explore Europe’s history, he chose Germany as a symbol for Europe with regards to writers, philosophers, composers and painters, a decision also partly based on the country’s resilience and its leading role in present-day Europe. He demands more pride about Europeans and the cultural DNA of our continent.
Honing was particularly inspired by the beauty of the music of Richard Wagner (1813-1883) and his student Richard Strauss (1864-1949). Both were defining in their music, albeit against the tastes of the times. Track 4, “Goldbrun IV”, processes these strands of inspiration.
The album title, Goldbrun, is a neologism. For Honing, it describes the way of composition of the album. The (harmonic) themes are weaved into a greater entity, characterised by the intervals of the central theme being minor seconds. This way of non-linear composition is based on John Coltrane.
He plays the 1961 album Lush Life’s “Like Someone in Love” without piano, allowing the listener a continuous overview.
Honing: “When I compose, I start with a core and from there I work my way to the fringes, just like harmonic structures that begin in the middle and spread out. Is a spherical affair, Goldbrun.”
All influences and collaborations around this project have created a complete work of art. In a second phase, the exhibition Goldbrun opens on 22 September 2018. It is a cooperation of artists Mariecke van der Linden and Yuri Honing in the Museum de Fundatie in Zwolle (NL), in a special room for installations, music and oil paintings.

Dear Challenge Records, the music sounds very interesting, but the above text contains so many obvious English mistakes that I can only wonder if a person or maybe Google translated it from the (presumably Dutch) original. If you ever need a decent editor I will be happy to offer my services. I am fluent in Dutch, English and German and have masters degrees in jazz double bass and Cultural Studies. Kind regards, Caspar van Meel

''GOLDBRUN'' will be released on vinyl next year!

I have the same question Ed has: looking forward to a vinyl version!

I have a question about the new Yuri Honing album. Will there be a vinyl version of this release? Please let me know. Thanks.

I have a question about the new Yuri Honing album. Will there be a vinyl version of this release? Please let me know. Thanks.

Wolfert Brederode (featured)More information
20-09-2018 RTV Oost
"Mariecke van der Linden and Yuri Honing are the surprise in Museum de Fundatie"
18-06-2018 Stretto
"As a saxophonist Yuri puts on his CD, with his "Acoustic Quartet", magnificent Jazz for soprano and tenor saxophone, Ben Webster worthy. High level. Highly recommended."
23-04-2018 JazzFlits
"Yuri Honings song 'After all' is a hit on Spotify."
28-02-2018 Jazz Journal
"More than a work of great poignancy and beauty, Goldbrun is charged with contemporary relevance."
15-02-2018 Jazz Wise Magazine
"Maybe I'm wrong, but this CD makes a big personal statement. lt seems to me that not only has one of Europe's top jazz musicians found himself musically ... he has also found himself personally."
02-01-2018 Heaven
"Again an impressive test of his ability."
30-12-2017 Het Parool
"4. Goldbrun, Yuri Honey Acoustic Quartet, Challenge Records
Saxophonist Yuri Honing is a loyal man: loyal to the visual arts, literature and music; faithful to his beloved colleagues, and above all true to himself. He has pretentious ideas and executes them in a way that is hard to ignore. Honing does not press the music of Goldbrun, because it sounds clear enough; the listener can only remain silent."

22-12-2017 De Volkskrant
"The best music of 2017:
No. 14. Yuri Honey Acoustic Quartet - Goldbrun - JAZZ
According to the accompanying writing, the album Goldbrun by Yuri Honing and his Acoustic Quartet is about 'Europe and her heroism'. It would even be a 'Gesamtkunstwerk', with references to Strauss and Wagner. But the romantic, slightly melancholy music of Honing does not need these big words at all. His long, serene notes are more than ever searching for depth, and his quartet plays appropriately warm and empathic."

01-12-2017 Music Emotion
"The album sounds phenomenal with fabulous dynamics. It is played in an atmospheric subtle way. Should not be missing in the record collection."
27-11-2017 Dagblad de Limburger
"Honing delivers a heavenly album"
23-11-2017 The Guardian
"A dead cert for admirers of Garbarek’s and Tord Gustavsen’s music, but the sources, vision and seriousness here are all Honing’s own."
16-11-2017 Jazz in Europe
"

The CD “Goldbrun” by Dutch Jazz saxophonist Yuri Honing is a political statement. The CD provides 40 minutes of outstanding music.

"
03-11-2017 Rootstime
"The masterpiece "Goldbrun" does not require further promotion, this belongs in the record box of every proper music lover."
20-10-2017 Nederlands Dagblad
"Inspired by European visual art, literature and compositions by Richard Wagner and Richard Strauss, this quartet plays timeless music that gets more depth after repeated listening."
19-10-2017 Jazzenzo
"Masterpiece? Time will tell. 'Goldbrun' does affect and will give the necessary discussion during concert performances. Like it is a good piece of art."
12-10-2017 Mania
"Goldbrun is an ode to seventy years of peace in Europe, Germany's role in it and the great artists who voorbracht to this case, Richard Wagner and Richard Strauss."
11-10-2017 De Volkskrant
"**** The new album Goldbrun is once again a milestone of velvet power."
08-10-2017 Written in Music
"A wonderful album that allows best integral listening and what you will praise and appreciate and sincerely can only assign a very good score."
03-10-2017 Trouw
"This quartet fuses the music into something indescribably beautiful"
03-10-2017 Het Parool
"Romantic music for contemplation"
02-10-2017 De Volkskrant
"With his Acoustic Quartet, Yuri Honing presents his new album Goldbrun and gets the audience silent of enchantment. Honing brings with his band members a new, warm and empathic sound."
02-10-2017 De Volkskrant
"Special how the musicians find each other at the right time, after which Honing himself in the final piece the light bending notes with a lot of feeling floating through the hall."
30-09-2017 De Volkskrant
"5* Yuri Honing is looking for more depth on his new album"
28-09-2017 Brabants Dagblad
"... the Acoustic Quartet is one of the best groups in the Netherlands."
23-09-2017 Het Parool
"Honing has proven its international significance for a long time, and Goldbrun is after Desire again a confirmation."
15-09-2017 Jazzism
"Goldbrun ... a tribute to the German Renaissance and Neoclassicism, Nature and Europe."
15-09-2017 Jazzism
"Goldbrun is complex and beautiful at the same time"