Hailed by the New York Times as “Sophisticated and Beguiling” and praised by the Los Angeles Times for their “astonishingly vital music-making, the New York-based Baroque ensemble REBEL (pronounced “Re-BEL”) has earned an impressive international
reputation, enchanting diverse audiences by their unique style and their virtuosic, highly expressive and provocative approach to the Baroque and Classical repertoire.

The core formation of two violins, recorder/traverso, cello/viola da gamba and harpsichord/organ expands with additional strings, winds, theorbo and vocalists, performing on period instruments. REBEL, through its longterm residency from 1997-2009 at historic Trinity Church, Wall Street in New York City, has achieved high acclaim for its collaborations with Trinity Choir in performance, radio broadcasts, webcasts and recordings with works ranging from the cantatas of Bach to large scale works by Monteverdi, Handel, Bach, Purcell, Mozart and Haydn. An 8-CD set of the complete masses of Haydn was released in 2009 on the Naxos label. The REBEL Baroque Orchestra first gained worldwide recognition for its acclaimed performance of Mozart’s Requiem with Trinity Choir under the direction of Dr. Owen Burdick, broadcast nationally over National Public Radio in September 2001, and for its annual performances of Handel’s Messiah and the choral works of Haydn, which had been broadcast live over WQXR-FM in New York City, as well as internationally over the internet.

!REBEL has collaborated with renowned vocalists Max von Egmond, Derek Lee Ragin, Suzie Le Blanc, Daniel Taylor, Marta Almajano, Peter Kooy, Barbara Schlick and Rufus Müller; in 2005 REBEL appeared in collaboration with Renée Fleming at Carnegie Hall to critical acclaim. The ensemble has recorded for all the major European national radio networks and has been showcased in performance and interview on BBC’s Radio 3. Arguably the most aired American Baroque ensemble in the U.S. today, REBEL is regularly featured on NPR’s Performance Today and MPR’s St. Paul Sunday. REBEL remains the only period instrument ensemble to be awarded an artists’ residency at National Public Radio in Washington, D.C. In 2012 REBEL was the ensemble- in- residence at the Finnish festival ‘Les Lumières’ in Helsinki, and since 2013 the ensemble has been in residence at Grace Church in White Plains, N.Y.

REBEL has recorded for Deutsche Harmonia; Dorian; ATMA Classique; Hänssler Classic; Bridge Records; Naxos and Sono Luminus/Dorian. Their highly-acclaimed disc,> Georg Phillip Telemann: Double Concerti for Winds and Strings was released in 2013 on Bridge Records; a disc of the complete trio sonatas of Johann Gottlieb Goldberg will be released in 2016. 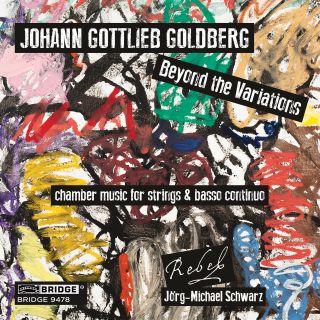 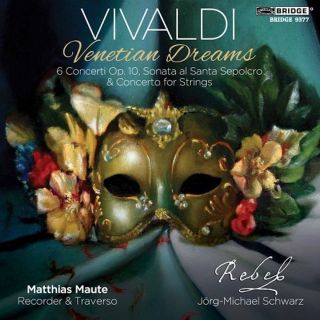