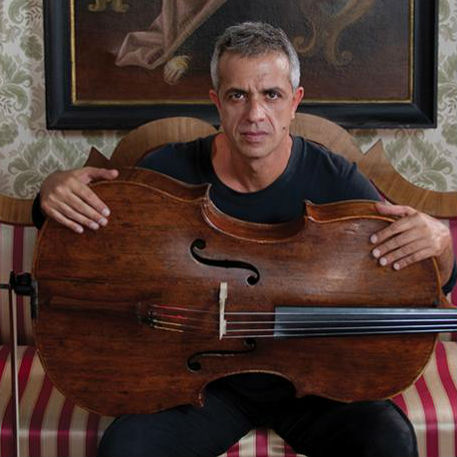 Giovanni Sollima was born in Palermo in 1962 into a family of musicians. He studied in Palermo, Salzburg and Stuttgart, and, still a teenager, embarked on a brilliant international career of cellist, collaborating with Claudio Abbado, Martha Argerich, Jorg Demus and Giuseppe Sinopoli.

Alongside the soloist carrer, his creative curiosity led him to explore new frontiers in the field of Composition: his unmistakable style is characterized by contaminations between different genres: minimalism, rock, electronic and ethnic music from all over the Mediterranean area, with echoes of ancient and baroque music, on the basis of a thorough classical training.

For cinema and television he composed for Peter Greenaway (The Tulse Luper Suitcases and Nightwatching), John Turturro (Evidence for a Sicilian Tragedy), Carlos Saura (La Jota), Marco Tullio Giordana (One Hundred Steps and The Best Youth), and Lasse Gjertsen (Daydream). For the theater he wrote and performed music for directors such as Robert Wilson, Alessandro Baricco and Peter Stein. In the dance field he collaborated with many great choreographers, such as Karole Armitage, Bebe Miller and Carolyn Carlson who, at the Venice Biennale, made him play on stage, among the dancers, using his scenic charisma.

As a soloist, or with different instrumental groups, he performed his compositions all over the world, at prestigious venues, as well as alternative ones, nearer to the younger audience, such as the Knitting Factory in New York, a real underground temple. Remarkable is the cello performance in the Sahara Desert and the one underwater in a sicilian’ gebbia (a tank for irrigation’ water).

In 2012 he had been the main creator and the artistic director of the explosive musical ensemble of the 100 Cellos, which in six years had performed with his "Itinerant Festival" in Rome, Milan, Budapest, Turin, Ravenna and Lucca.

Sollima plays a cello by Francesco Ruggeri (Cremona, 1679). Moreover he uses in his creations western and eastern acoustic instruments and electrical and electronic tools, mixed with others of his own invention, such as the aquilarco, and others especially made for him, like the tenor violin present in the paintings of Caravaggio and an ice-cello that in the winter of 2007 he played at 3200 meters above sea level, in an igloo’ theater built in a glacier of the Dolomites.

Since 2010, he's been teaching at the National Academy of Santa Cecilia, where he was awarded the title of Academician. 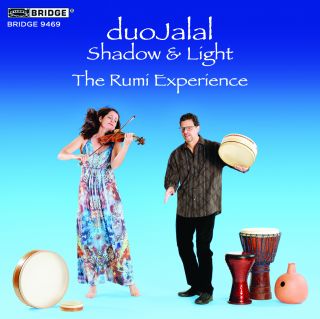