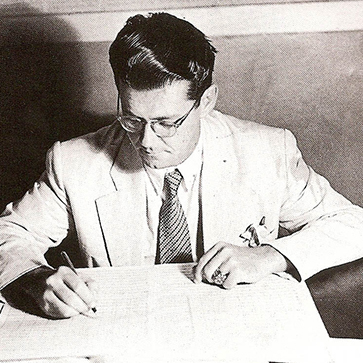 Born in Porto Alegre, Brazil, in 1906, Radamés Gnattali was a prominent Brazilian composer who composed equally well in classical and popular music. His mother was a pianist and his father was an Italian immigrant who settled in Porto Alegre.

Gnattali studied piano with his mother. At age 9, he won a prize for conducting a junior orchestra, in which he performed arrangements written by him. At 14, he joined the Porto Alegre Conservatory of Music to continue his piano studies, also taking up the viola. To make a living as a student, he played the piano at movie theaters and balls.

In 1924, Gnatalli finished his course at the conservatory and went to Rio de Janeiro to perform a Tchaikovsky piece at the city’s Municipal Theater. He spent the next two years commuting between Porto Alegre and Rio de Janeiro, working solely with classical music.

In the early 1930’s Gnattali settled permanently in Rio de Janeiro, where he debuted as a composer, presenting his Rapsódia Brasileira. In 1936, he went to work for the National Radio Station of Brazil, where he stayed for 30 years, serving as a pianist, soloist, conductor, composer, and arranger.  While working on the radio, he continued to pursue his classical music career as a pianist and composer, producing a number of symphonies.

In the 1960's, Gnattali was hired by a TV Network, where he worked for 11 years as arranger, composer and conductor. In 1983, won the Shell Music award for lifetime achievement as a classical musician. 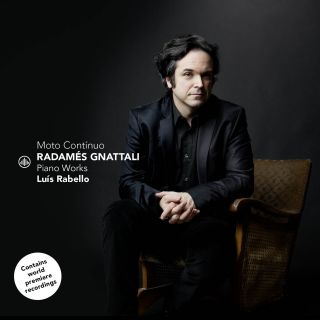