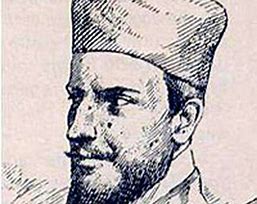 He was born at Crema, Lombardy and became a singer (soprano) at St. Mark's Basilica in Venice in 1616, where he had the opportunity to work under the tutorship of Claudio Monteverdi. He became second organist in 1639, first organist in 1665, and in 1668 maestro di cappella. He is chiefly remembered for his operas. Cavalli began to write for the stage in 1639 (Le nozze di Teti e di Peleo) soon after the first public opera house opened in Venice. He established so great a reputation that he was summoned to Paris from 1660 (he revived his opera Xerse until 1662, producing his Ercole amante. Franceso Cavalli died in Venice at the age of 73.

Cavalli was the most influential composer in the rising genre of public opera in mid-17th-century Venice. Unlike Monteverdi's early operas, scored for the extravagant court orchestra of Mantu, , Cavalli's operas make use of a small orchestra of strings and basso continuo to meet the limitations of public opera houses.

Cavalli introduced melodious arias into his music and popular types into his libretti. His operas have a remarkably strong sense of dramatic effect as well as a great musical facility, and a grotesque humour which was characteristic of Italian grand opera down to the death of Alessandro Scarlatti. Cavalli's operas provide the only example of a continuous musical development of a single composer in a single genre from the early to the late 17th century in Venice — only a few operas by others (e.g., Monteverdi and Antonio Cest) survive. The development is particularly interesting to scholars because opera was still quite a new medium when Cavalli began working, and had matured into a popular public spectacle by the end of his career.

Cavalli wrote forty-one operas, twenty-seven of which are extant, being preserved in the Biblioteca Nazionale Marciana (Library of St Mark) in Venice. Copies of some of the operas also exist in other locations. In addition, two last operas (Coriolano and Masenzio), which are clearly attributed to him, are lost, as well as twelve other operas that have been attributed to him, though the music is lost and attribution impossible to prove.

In addition to operas, Cavalli wrote settings of the Magnificat in the grand Venetian polychoral style, settings of the Marian antiphons, other sacred music in a more conservative manner – notably a Requiem Mass in eight parts, probably intended for his own funeral – and some instrumental music.