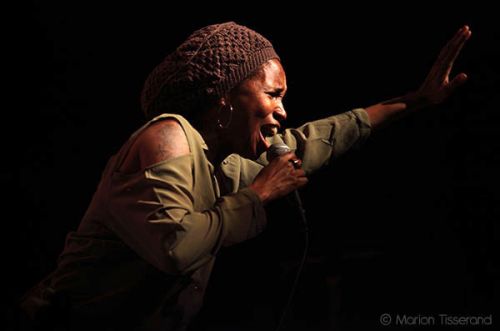 The year is 1969 and the music world is in a frenzy. Otis Redding tells us it's groovin time, Jim Morrison demands to be touched, BB King laments that the thrill is gone, and while Janis Joplin encourages him to try a little bit harder, Crosby Stills and Nash have boarded the Marrakesh Express.

It is at this very moment that Natalia M King decides to be born. Because Natalia is the kind of woman who decides - her life the colour of her music, and the backdrop of her melodies.

Gone are the childhood days where she meandered the sidewalks of Brooklyn. Music suddenly emerges as an inescapable truth, one which spins invisible threads between the soul and the heart. Natalia sings for life...

With a guitar in hand, and a backpack on her back, she sets off for Paris, which would be the city of light to a voice, her voice. There, a diamond in the rough, she would sing in bars and the métro, surrounded by dumbstruck passers-by who can’t believe their ears.

Inevitably, her first album was fittingly called Milagro. Indeed, it is a miraculous balance between folk and rock, between Africa and America, between gentleness and rage. Onstage? Fire.

Two other albums, fury and sound and flesh is speaking, followed, both of which clear a path far from effortlessness, filled with demanding music, on edge, calibrated for nothing, yet made for us.

But one day, Natalia disappears. She has made up her mind. She cuts loose, stops everything, returns to her homeland, and loses herself. Seven years of silence ensue, an eternity during which she hits rock bottom, all the better to ascend again into the light.

Finally, she is reborn, like going home. Natalia takes another path, her very own – a straight line with roots extending from each footstep. Is it blues? Jazz? Soul? Yes, it’s all these and more. It’s SOULBLAZz! A showcase for the jewel that is her voice, soothed and serene. On stage, at her side is a group of soul blood brothers with whom she gives luminous concerts. Each note played, pure joy.

It is against this backdrop and imbued with such a spirit that Natalia’s second album since her rebirth, BLUEZzin T'il DAWN, has taken shape. After blues-tinted jazz, her focus here is on jazz-flavoured blues. This is the sound of an artist at her peak.

Never before has her singing been as pure. Natalia does not reinvent this music. She is this music. Yet even now, as in the past, there’s still one thing Natalia M. King does not know how to do, and that’s cheat.

A unique artist. On her path. 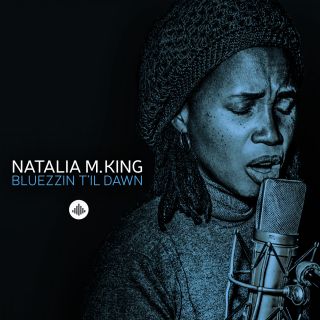 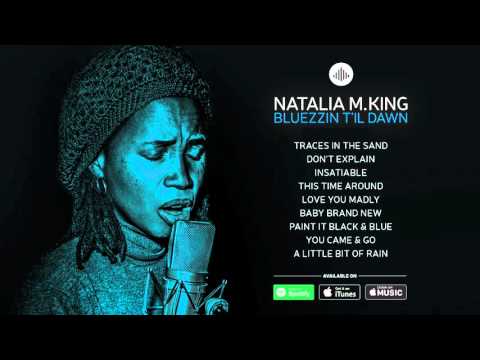