Swerts, Piet Jozef (b. November 14, 1960, Tongeren). Belgian composer, conductor, and pianist of international acclaim; his large catalog of more than 240 works include stage, orchestral, chamber, choral, vocal, and piano works. Dr. Swerts studied from 1974-89 at the Leuven College of Arts (LUCA) Campus Lemmens in Leuven, where he obtained ten first prizes, and, for the first time in the history of the same institute, the special Prize Lemmens Tinel for composition and piano with great distinction. Among his teachers were Alan Weiss (USA) and Robert Groslot.
Since 1982, he is Professor of Composition and Orchestration at the same institute, now Department of Drama and Music associated with the Catholic University of Leuven. He has been invited as guest professor in the Sweelinck Conservatory, Amsterdam, Netherlands, in the Department of Electronic Music at the University of Huddersfield, GB, the Polytechnic Institute in Castelo Branco, Portugal, as well as in the Polytechnic Institute North Karelia, Conservatory of Joensuu, Finland, and the Conservatory of Barcelona, Spain.

In November 15th, 2017, he conducted the Ukrainian Symphony Orchestra at the Gala Concert in Kiev as the closure of the Golden Saxophone Competition under surveillance of the Belgian Embassy. Future commissions generate first performances of Passions, a new Double Concerto for two pianos to be created in Belgium and Rotterdam 2019, Serenata for wind ensemble, commissioned by Il Gardelino and to be recorded on CD in 2018, a new Suite, Horta for saxophone and piano, commissioned by Arno Bornkamp, presented at the World Congress in Zagreb in 2018. Dr.Swerts currently completed 24 Straight Strung Piano Sonatas recorded in October 2018 and released on Antarctica Records 2019. 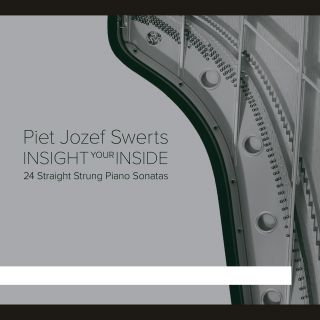