American pianist Ben Kim’s performances have been praised by the Süddeutsche Zeitung as “practically euphoric and filled with vitality.“ He has garnered critical acclaim for his performances worldwide, at renowned venues including Carnegie Hall, Concertgebouw, Musikverein, Gewandhaus, Suntory Hall, and the Kennedy Center with orchestras such as the Bavarian Radio, German Radio, Baltimore, Seoul Philharmonic, and St Petersburg Hermitage State Symphonies.

Ben was the recipient of the Rheingau Musik Festival's 2017 LOTTO Career Development Prize. The international jury panel made its decision upon the following stated reasons: "His brilliant technique and his incredible flair for interpretive refinement are self-evident....an exceptional phenomenon among pianists his generation - such a natural, sympathetic charisma and pleasant modesty, coupled with great virtuosity, are rarely experienced with a leading musician.” In 2014 he was one of six recipients selected among a pool of more than 13,000 graduates at the Johns Hopkins University to be awarded an Outstanding Recent Graduate Award for outstanding achievement or service in any professional field.

His career was first launched after having won First Prize at the prestigious ARD Munich International Music Competition for Piano in 2006.

Ben’s first album of Mozart Concertos on Challenge Classics was won over by critics, as an “innovative, inspiring and energetic debut” (Luister), “magical” (Stretto), and an “album to return to regularly” (Nederlands Dagblad). His recording of the Chopin Préludes and Impromptus released on Universal Decca was given an Editor’s Choice selection by Record Geijutsu. “Without nervousness or over-excitement, without boasting technique or exaggeration,” the critic describes of the album, “Kim plays Chopin’s music as if he were breathing it.”

Ben was born and raised in Portland, Oregon, where he began studying piano at age five with Dorothy Fahlman. He made his solo debut at age eight and his orchestral debut at twelve. At age 20, Ben received his Bachelor’s degree at the Peabody Conservatory as a student of Leon Fleisher. He continued his studies at Peabody with Yong Hi Moon after graduating. In addition Ben was selected to attend the International Piano Academy Lake Como in Italy, a program for seven pianists, headed by Martha Argerich and William Grant Naboré. He finished his studies at the Berlin University of Arts with Klaus Hellwig.

Ben is a longtime member of the German Alpine Society (Deutsche Alpenverein) and resides in Berlin. 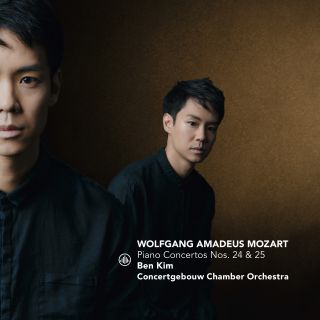 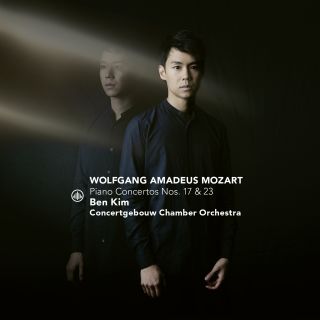