SIDSEL WALSTAD — HARP
Harpist Sidsel Walstad describes playing Ginastera’s harp concerto as “climbing a mountain.” Whether it feels like that for most harpists, Walstad has the best qualifications for tackling Ginastera’s demanding rhythms and complexity. As solo harpist in the Norwegian Radio Orchestra she is exposed to a wide variaty of genres, compositions and arrangements that take the harp far from classical music’s beaten path.

Sidsel also does this of her own accord, as, for example, when she collaborates on electric harp with percussionists, expanding her repertoire and the boundaries of what a harp is good for.

Just as Walstad is in frequent demand as a classical musician in concerts and at festivals in Norway and abroad, the list of artists she has worked with in pop, jazz and folk music, among others, is strikingly long — and she is likewise a groovy principal artist with her electric harp over her shoulder.
Walstad studied at the Norwegian Academy of Music, the University of Indiana, and at the Royal Danish Academy of Music in Copenhagen. She was Principal Harp with the Norwegian National Opera & Ballet Orchestra before she accepted the much sought-after soloist position with the Norwegian Radio Orchestra (KORK), with which she performs a broad stylistic palette. In her continuing encounters with new composers and arrangers, she shares invaluable knowledge of how a harp can be used and ought to sound.

In the harp concerto she comes face to face with her own personality, delighting in the contrasts and especially the rhythmic quality — the dance. And it doesn’t hurt to have danced ballet when playing a malambo …


MIGUEL HARTH-BEDOYA — CHIEF CONDUCTOR
It is not entirely a coincidence to be recording an album of Ginastera’s music with Miguel Harth-Bedoya, the Peruvian Chief Conductor of the Norwegian Radio Orchestra. Like Ginastera, Miguel’s heart pounds for South American music and culture, and he is one of the conductors who has contributed most to spreading music from his own continent out into the world. Here we are talking about music from several centuries and from all countries from north to south along the Inca Road, Caminos Del Inka, which is also the name of an organisation begun by Harth-Bedoya. Caminos Del Inka works to hunt up music in dusty archives and bring it into concert halls, and also see that commissions for new music are given to young South American composers and performed the world over. The Norwegian Radio Orchestra has been an important part of this journey involving a number of album releases and concerts.
In addition, Harth-Bedoya has eagerly immersed himself in Norwegian music, from National Romanticism to premiere performances of Norway’s leading living composers.

Miguel Harth-Bedoya was born in Lima and studied at the Juillard School and Curtis Institute. An Emmy winner and a Grammy nominee, he regularly conducts the leading orchestras in the USA and is in frequent demand on all continents. He has been Music Director of the Fort Worth Symphony Orchestra for almost 20 years and became Chief Conductor of the Norwegian Radio Orchestra in 2013. The list of prominent soloists with whom he has worked is long, but two we can name are Yo Yo Ma (including the collaboration between Yo Yo Ma’s Silk Road Project and Caminos Del Inka) and René Fleming. It was in a concert with her that the first sparks were lit between KORK and Miguel.


NORWEGIAN RADIO ORCHESTRA
The Norwegian Radio Orchestra is known and cherished throughout the land and regarded by music-loving Norwegians with a unique combination of respect and affection. Owing to its remarkably diverse repertoire, it is doubtless the orchestra heard most often — on radio, television, and the internet, and at its many and diverse venues around the country.

It is a flexible orchestra, playing everything from symphonic and contemporary classical music to pop, rock, folk and jazz. Every year the orchestra performs together with internationally acclaimed artists at the Nobel Peace Prize Concert, which is aired to millions of viewers worldwide. Among those with whom it has collaborated in recent years are Kaizers Orchestra, Mari Boine, Jarle Bernhoft, Diamanda Galàs, René Fleming, Andrew Manze, Anna Netrebko, and Gregory Porter.

The Norwegian Radio Orchestra was founded by the Norwegian Broadcasting Corporation in 1946. Its first conductor, Øivind Bergh, led the ensemble in a series of concerts from the main studio that established the basis of its popularity and its status as a national treasure. The orchestra continues to perform in the context of important media events. It is comprised of highly talented classical instrumentalists, yet its musical philosophy has remained the same: versatility, a light-hearted approach, a curiosity for all kinds of music, and an unwillingness to pigeonhole musical styles. 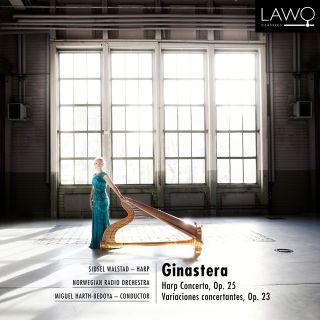