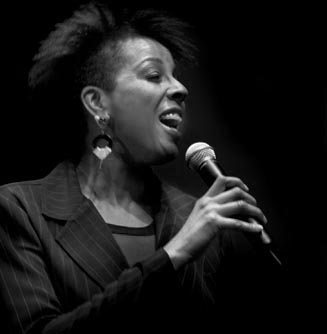 Dee Daniels offers the jazz aficionado an ultimate treat - jazz served up with full-bodied silky tones that soar to the height and captures the depth of her four-octave range.
She has a warm presence and performance ability in everything from fronting combos in intimate Jazz clubs, to fronting big bands or symphony orchestras in concert halls. When she accompanies herself on piano with exceptional ease and artistry, it is to the great enjoyment of her audiences.
Daniels' style was born in her stepfather's church choir in Oakland, California, honed through the R&B era and brought to full fruition during a five-year stay in Europe from 1982 to 1987. During those years, she had many wonderful opportunities to perform with such 'Legends of Jazz' as Toots Theilemans, Johnny Griffin, Ed Thigpen, and Monty Alexander to name but a few. Two other personal highlights while in Europe include having had the opportunity of singing the Blues with the late, divine Sarah Vaughan in The Netherlands, and singing Gospel with the late great Joe Williams in Germany.
Dee's international career includes performances in eleven African countries, Australia, Hong Kong and Japan, as well as in North America and several countries throughout Europe. She has cultivated a diverse career that has seen her on the theater stage in the musical comedy, "Wang Dang Doodle" and the starring role in the 2001 "Calgary Stampede". She has also established herself as a Jazz vocalist in demand by the classical music world. She performs her 'Great Ladies of Swing' Symphonic Pops program with symphony orchestras across the United States and Canada.
A respected clinician, Dee sincerely believes in sharing her knowledge and experience with young singers/musicians. In 2001, she established the 'Dee Daniels Jazz Vocal Scholarship' at the Capilano College in North Vancouver, BC. Also in 2001, she was the recipient of the 'FANS Award' (a North Vancouver, BC Arts Council presentation); was nominated as 'Vocalist of the Year', and her LOVE STORY CD was nominated for 'Best Jazz CD of the Year' by West Coast Music Awards. In 2002 she was inducted into the 'BC Entertainment Hall of Fame' and a plaque was installed on Vancouver's 'Walk of Fame'. In 2003 she received the prestigious 'Commemorative Medal for the Golden Jubilee of Her Majesty Queen Elizabeth II', and was inducted into the University of Montana's School of Fine arts 'Hall of Honor'. 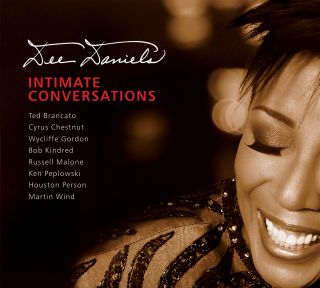 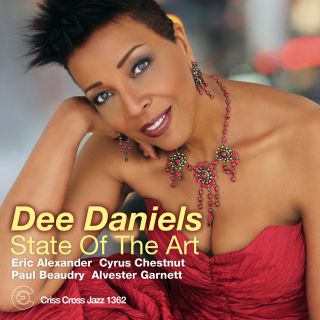 State Of The Art