The Blue Yodel songs are a series of thirteen songs written and recorded by Jimmie Rodgers during the period from 1927 to his death in May 1933. The songs were based on the 12-bar blues format and featured Rodgers’ trademark yodel refrains. The lyrics often had a risqué quality with “a macho, slightly dangerous undertone”.[1] The original 78 issue of "Blue Yodel No. 1 ("T" for Texas)" sold more than a half million copies, a phenomenal number at the time. The term "blue yodel" is also sometimes used to differentiate the earlier Austrian yodeling from the American form of yodeling introduced by Rodgers. 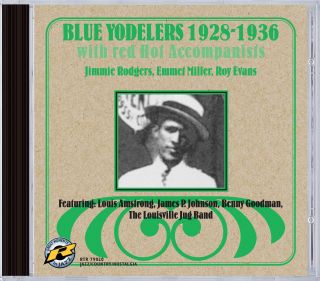