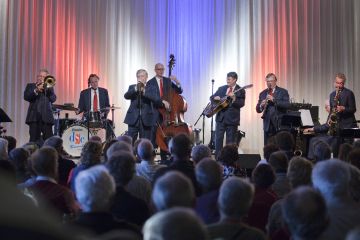 A popular saying goes: "There are two kinds of music, good music and bad music". For the true fan of good traditional jazz music the choice is simple, because there is only one Dutch Swing College Band. The Dutch Swing College Band started out as an amateur-college combo on liberation day (1945, may 5th) and through the years it has grown into a worldfamous jazz ensemble that has toured all five continents to much acclaim. The DSC played a prominent role during the post-war period. At the time many youngsters fell under the spell of the original Amerian music: jazz. The band, which has existed for more than sixty years, has given concerts all over the world and the sounds have been registered on practically all types of sound recordings since 1945. The band also appeared frequently on TV and in film productions. Through the years many big names in jazz music were backed by the DSC, from Sidney Bechet, Joe Venuti and Rita Reys to Teddy Wilson. The expression "The Haque School" was born out of the big influence of the DSC on the Dutch jazz scene. Deservedly many jazz fans consider the DSC almost as an institution. Fortunately, the Dutch Swing College Band has never presented itself as a show or glitter orchestra. The musicians have always succeeded in capturing the public's attention with their excellent jazz performances. Cheap show tricks were absolutely out of the question. In 1960, the DSC turned professional. Throughout the music's evolution and in spite of quite a number af personnel changes (and contary to many imitators) the DSC remained the showpiece of Dutch traditional jazz music. Bob Kaper heads the current line-up, in succession to Frans Vink Jr (1945-'46), Joop Schrier (1955-'60) and Peter Schilperoort (1946-'55 and 1960-'90). From the very beginning the most striking characteristic of the band has always been its unique and recognizable sound. In other words, no recordings of American virtuosos were ever copied: the DSC created their own interpretations, arrangements or compositions. An entirely personal approach. The current line-up of the highly experienced band has proved that the old name Dutch Swing College Band still guarantees professional performances of traditional jazz music of international standard!
(Herman Openneer/Nederlands Jazz Archief) 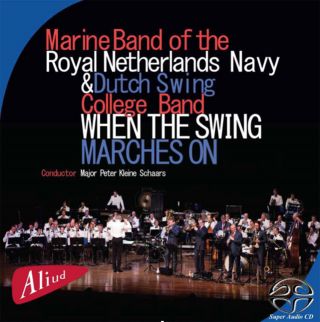 When the Swing Marches On 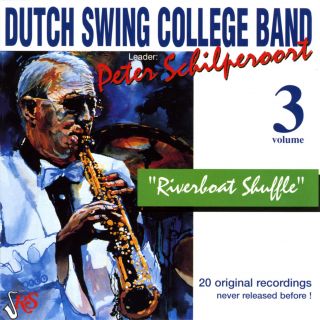 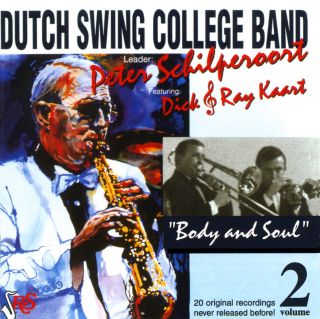 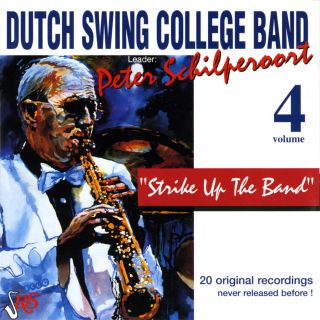 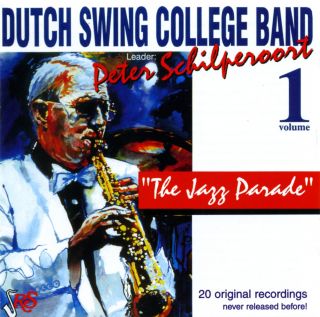 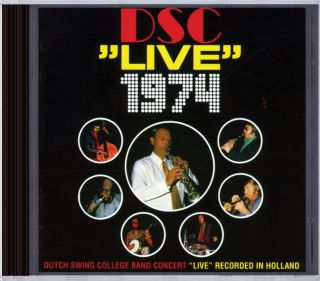 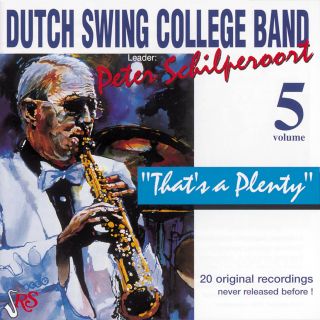