After 25 years of worldwide success, the Cécile Verny Quartet is topping of their career with a magnificent reflection.  The four musicians presented their audience with a thrilling silver anniversary celebration on the stage of Jazzhaus Freiburg on a hot Whit Monday.  Two brilliant birthday concerts are now available as a recording on CD and DVD.

The path of the Cécile Verny Quartet (CVQ) has been an eventful one, during the past quarter century of their existence.  When the young singer from the Ivory Coast moved from France to Freiburg in the late 80’s, she discovered Jazz almost by chance.  Yet even then, she dared to lead the way in bridging the gap between French and English texts.  First in a duet and then in a trio she explored the standards of Modern Jazz and Blues, all while creating her own material.  In 1989 they became a quartet with the addition of the bassist Bernd Heitzler, a like-minded new member, and from then on were known under the catchy abbreviation of CVQ.

Their first CD release was in 1992 and in the following two decades the foursome, which also included pianist Andreas Erchinger and drummer Lars Binder, played their way to international esteem.  The tour route led from Paris to Nairobi, from Antibes to Asmara, and from South Africa to Latvia. Eight CDs accompany the amazing career, they span from the Afro-colors (“Métisse”, 1999 and “Kekeli”, 2001) in which Verny reflects upon her heritage, through delicate Jazz poetry in French (“Amoureuse”, 2008), to the sophisticated, rocking soulful tones that characterize the last album “Fear & Faith” (2012).  German record critics are enthusiastic about the qualities of the CVQ and their 2006 production, “The Bitter & The Sweet,” was awarded the Grand Prix by the Jury at the festival in Antibes.  Numerous radio recordings characterize the varied work of the three men and their front lady. Today the Quartet can accredit themselves with 78 original compositions and 8 CDs.

Now, more than a decade after the, until now only DVD documentation from the Jazz festival at Antibes, can the splendid atmosphere of a live performance by CVQ – and a very special one at that – be relived not only in picture but also in sound.  The selection of the repertoire is based on the idea from bassist Bernd Heitzler, to look back once again at different “places” in which the band has visited along their path in the past 25 years, a sort of “Memory Lane” in sounds.  “In a relatively emotional and intuitive way, we were able to come up with a pool of titles that were firmly rooted in the present but also drew from our past,” explains the musician.  Each piece represents for the band a place, which still today invites you to linger and discover.  “It’s exciting for us to see how strongly some titles have changed along the way compared to earlier. Others, however, appear almost like Déjà Vu and still have striking actuality!”

All the way from the album “Kekeli”, “Memory Lane” leads the way back, during the live performance, that amazes with its stylistic diversity and sparks enthusiasm in its audience.  From the opening with “Wild Heart Of The Earth” with its bluesy-swing, to the grand Scat insert by Verny and a distinctive solo from Heitzler, to the lovely Bossa inspired encore, “J’aime l’idée”, the audience experiences CVQ in top form.  There is the rock shifting number “No ID” with Andreas Erchinger’s piano explosion, the great hymn-like soul ballad “How Do I Love Thee”, and the by far most dramatic and rhythmically refined farewell to love in the melodic flirt “Amoureuse”.  Verny gives a taste of her entire vocal range in the deep, almost archaic blues carried William Blake narration “On Another’s Sorrow”, or as an intimate speech with Bernd Heitzler on the Bass Guitar, in a just as intensive prayer “Humming”.

Lars Binder leads the way with a tom tom thunderstorm in “As Soon As They Have All Aligned”, and then gives way to a melodic, overflowing electric bass solo and the casual, groovy “Smooth Ride”.  In “I Am Broken”, Verny shows what kind of a fantastic, theatrical voices she can conjure up, and in the earthy, stomping “Snow Falling” she switches effortlessly from a rock singer to jazzy scat.   “The Bitter & The Sweet” thrills as a melancholic review of the past, with shimmering  insert of Fender Rhodes: “I’m walking down memory lane…”, the chorus of the song, which has thus given the live album its title: Bitter and sweet moments together form the complex overall picture of an amazing career, what is reaffirmed in the finale when  "To Thomas Butts" even leads  into the gospel terrain. 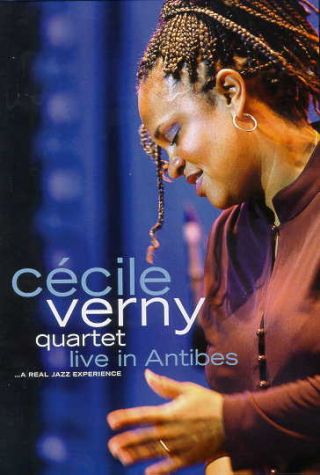 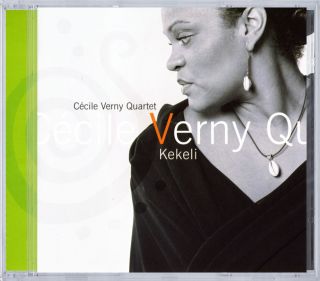