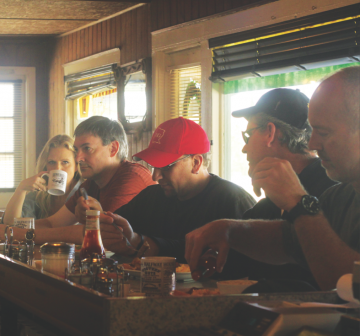 A three-­‐time Grammy Nominee for "Best Jazz Vocal Album", Sutton was born in Wisconsin and was educated at Wesleyan University in Middletown, Connecticut and the Berklee College of Music in Boston, Massachusetts. Prior to attending Wesleyan, Tierney Sutton attended Nicolet High School in the Milwaukee metro area.

For the past 17 years, Sutton has fronted the Tierney Sutton Band featuring pianist Christian Jacob, bassists Trey Henry and Kevin Axt, and drummer Ray Brinker. The band is an incorporated unit and makes all musical as well business decisions together. They tour throughout the world and have headlined in recent years at Carnegie Hall, The Hollywood Bowl and Jazz at Lincoln Center.

For 11 years, Sutton taught in the Jazz Studies Department at the University of Southern California. In 2008, She became the Vocal Department Chair at Los Angeles Music Academy in Pasadena, California. Since 1998, Tierney has recorded nine top jazz albums, including the 2009 Grammy nominated CD, Desire, and the band’s most recent release, American Road.

Tierney has been a Baha'i since 1981 and explains her band's arranging style as "based on the principle of consultation-‐the band is very much run on Baha'i principles. “There is very much a sense that what we do is essentially a spiritual thing and everyone's voice needs to be heard."

Always the creator, Tierney has also been performing in a trio format with flautist Hubert Laws and guitarist Larry Koonse. Her most recent collaboration is with American chamber music supergroup, the Turtle Island Quartet. 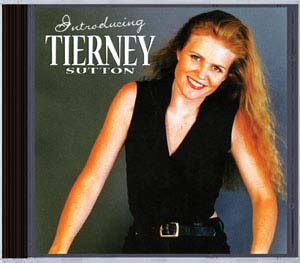 Product is no longer available
01-03-2014 Jazzpodium
"one of her best recordings"
03-01-2014 Jazz Enzo
"From the very first note of the first song [...] it is clear that something special is established: Tierney Sutton has not only succeeded in bringing the songs of the legendary singer in their own special and memorable way to sing. But above all, she has managed to hear how much the music of Joni Mitchell, for her as a person and as a musican, means. An album full of warmth, respect and gratitude."
24-12-2013 Jazztimes
"After Blue is a towering achievement."
29-11-2013 www.rootstime.be
""A particularly successful CD, a must and not just for fans of Joni Mitchell""
26-09-2013 all about jazz
"She steps far enough out of her jazz box of familiarity to transform her voice into a new force of nature."