In the 70’s and early 80’s when the American tenor saxophonist Scott Hamilton was a young man, he met his share of skeptics. While his peers found their inspiration in the music of the modern masters, Hamilton was drawn towards the jazz giants of the past. But the fol- lowing years proved that Scott Hamilton was a musician of integrity with a personal approach to the virtues of classic jazz. His influences did not come from John Coltrane or Michael Brecker, but from Ben Webster, Coleman Hawkins and Lester Young.

Hamilton picked up the tenor sax at the age of 17 in his hometown of Providence, Rhode Island. Ellington, Basie and other greats would pass by on their tours, and these experiences became the foundation of Hamilton’s career. Gradually the young musician began visiting New York to play a small concert here and there or just to listen. After performing at a private gathering one time, Hamilton dropped by Jimmy Ryan’s club to hear trumpeter Roy Eldridge. That event tur- ned out to be pivotal for him, and one of the happiest days in his life. Eldridge - always ready to jam - invited the young and hopeful sax- player on stage. From that moment on, Hamilton’s reputation grew. The seasoned jazz people (on stage and in the audience) were thrilled, and soon he was recording and touring. His laid-back, but virile swing made him a favorite with audiences, who were overjoyed to finally have found a musician who acknowledged the influence of the great swing masters.

Listening to his early releases (app. one every year plus various gigs as a sideman – most for the Concord label), one would not call the Scott Hamilton of the late 70’s and early 80’s an original musician. But since then, he has matured. It used to be easy to trace Webster, Flip Philips, Illinois Jacquet, Eddie Lockjaw Davis and Paul Gonsalves in his music, but today Hamilton is himself whether playing ballads, blues or bebop. Unpretentious and straightforward, his ego does not stand in the way of his rare joy in playing and his musical maturity. The music is what counts.

Hamilton has been a regular on the European jazz scene since the mid- 90s. After a few years in London, he settled in Firenze, facilitating jumps to regular stomping grounds in France, Spain and Italy.

No one acquainted with the playing of Ulf Wakenius, Jan Lundgren, Jesper Bodilsen or Kristian Leth – each much more than a respected name - will be surprised that they are a perfect match for Hamilton. Wakenius was a member of bass legend Niels-Henning Ørsted Pedersen’s trio for years and a regular member of Oscar Peterson’s late trios and quartets. Jan Lundgren has carved a niche for himself with a string of lovely CDs and is much in demand as a pianist. Jesper Bodilsen is one of the busiest and steadiest of the many fine Danish bassists (check out his releases with pianist Stefano Bollani and drum- mer Morten Lund). Kristian Leth is the up-and-coming man in this heavy company, but he is the perfect backbone for the Scott Hamilton Scandinavian 5, contributing to the special swing that makes the band such a smooth entity. 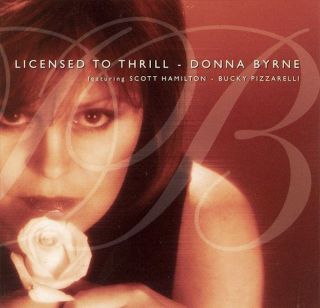 Let me know when available - € 12.95
01-04-2016 Jazzpodium
""Thus "I must have that man" und "What can a little moonlight do" from Lady Day's Repertoire can ideed be found on "The Best Things In Life", but the other songs are not less worth hearing...""
01-02-2016 Jazzthing
""...in terms of the casual elegance of her phrasing she also on her new record remains an idol for every young singer.""
02-05-2013 www.icondy.com
""Two warmly expressive traditionalists, tenor saxophonists Harry Allen and Scott Hamilton have hundreds of credits and dozens of solo albums between them""
22-03-2013 http://jazztimes.com
"Their thrusting solos are endlessly vital and creative, easily among their best of the program"
01-02-2013 Downbeat
"Here's a serving of gourmet comfort food heated to perfection."