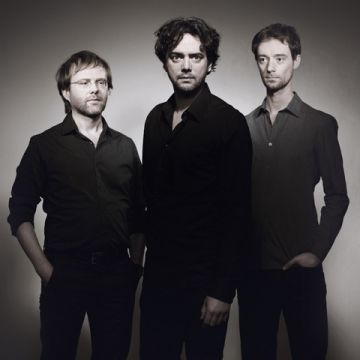 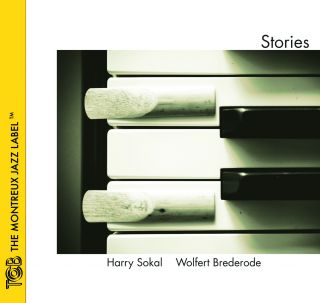 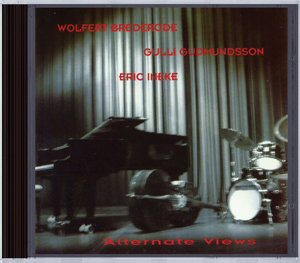 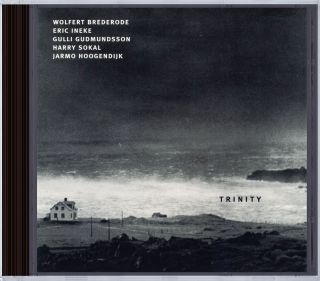 Product is no longer available
15-03-2018 JazzFlits
"Restrained, with authority, impressive and compelling. The trio had the audience completely in their grasp and closed the evening with wonderful sounding wizardry, rewarded by thunderous applause."
06-02-2018 JazzNu
"

"
01-02-2018 BN/De Stem
"Wonderful things happen outside the usual frames."
23-01-2018 Written in Music
"In Musings from the Lowlands the Dutch landscape is the source of inspiration for creating a new musical world, where styles and genres blend naturally."
20-03-2017 Written in Music
"The trio played a masterful set for more than one hour with a lot of work from their album Black Ice, an album that can be counted as best in the Dutch jazz."
16-03-2017 Jazzmozaiek
"

(...) Brederode has moved consistently for years and with admirable perseverance in the direction he has chosen. That is not necessarily the direction where less is more, but the one where patching is out of the question and therefore every note is well-considered. (...) "

" (...) The layers in his music have to be experienced, you will miss them easily if you do not yield the right level of concentration. (...) "

“ (...) Under all the melancholy and melodiousness of his music there is a subversion of the subdued, restrained kind. Saying 'no’, always with two words. Without shouting it from the rooftops, Brederode leaves behind a lot of laws in jazz. By limiting himself in the the number of notes, not in their expressiveness. Especially by choosing. By being clearly something. (...)

"
25-09-2016 Jazzenzo
""It does not happen very often that you hear so much happening in pieces where there is played so little. Brederode is a master in the art of omitting."

"One seldom hears a pianotrio like this on the Dutch stages.""

01-09-2016 Jazz Bulletin
""Sinister is the sound of the intro by bass player Gulli Gudmundsson on the title track of this CD, just like you would imagine this natural phenomenom.""
12-05-2016 Music Frames
""His trio album ‘Black Ice‘ is recorded with an open view and spacious reverberation. An wonderful jazz album for those who are ready for the 21ste century jazz invaders.""
06-05-2016 Jazzism
"" [...] The sound and the playing of Wolfert Brederode Trio is infinite""
20-04-2016 De Volkskrant
"‘The tension is created by carefully searching for the right notes which gives the music an impressionistic character…impressive how a beautiful open space is being evoked in ‘Elegia’ by a couple of notes from Brederode and a single cymbal stroke by drummer Van Hulten”"
11-04-2016 JazzNU
"“Very smart how these musicians succeed in taking you with them in their music. You can let go of all the usual stuff and never feel a moment of discomfort.”"
06-04-2016 De Groene Amsterdammer
"Eicher asks the performers to approach their music as film with anything but a jerky-jerky dynamics, where one shows off ones possibilities. The energy lies not in climbing a rugged mountain, but in the gracefully balancing on a long, thin cord that is stretched over mountain massif. The beautiful view and the chance to fall down make up the story."
21-03-2016 NRC Handelsblad
"4****
"[...] At the concert on the occasion of his new album Black Ice, the Hague pianist plays in a more sober, yet again challenging trio form which is more fragile and one has to work harder, but Brederode has again surrounded himself by musicians that offer him a lot through the subtle additions in harmony and dosed notes.”"
14-03-2016 Written in Music
""Then again beautifully melodic and other times almost atonal but always with so much feeling and musical intelligence  that it leaves you in a daze. What a wonderful musician.""
11-03-2016 Trouw
""The simple words 'black' and 'ice' have a world full of contradictions in them. This makes them fitting like a glove for Brederode . The pianist has made a name as a musician who dares to play bright melodies and refrains consciously from the kind of technical display of power which is omnipresent in jazz."
"
11-03-2016 Written in Music
"''Black Ice is an album full of compositions that are written with the head and performed by the heart. A masterpiece.''"
08-03-2016 Writteninmusic.com
"Banner (advertisement) on Writteninmusic new album Wolfert Brederode trio"
01-03-2016 Jazzism
""Ever rich in ideas, he makes clear on Black Ice that he is a world classartist. Masterly performance.""
01-11-2014 Jazzism
""Beautiful dynamics and richness of sound""
30-07-2014 Rootstime.be
"Within the group, all instrumentalists are equivalent, they play short catchy melody lines with nice motifs, themes are concise and can be spread out wide."
27-07-2014 Jazzenzo
"With 'Headland', Batik delivered a magnificentce album, full settled music, with small steps that lead to a big, very big whole."
23-07-2014 Dagblad De Limburger / Limburgs Dagblad
"The eleven atmospheric, pleasantly meandering compositions are artfully interwoven by the contributions of four individuals."
04-07-2014 Nederlands Dagblad
"5-Star Review: Emotion and excitement are seamlessly connected when listening to Batik."
Jazzmozaïek
""This quartet is high class as a whole, with stylish pianist Wolfer Brederode adding color.""