Violinist Armand Piron is remembered most today as the early business partner of Clarence Williams. They owned The Piron-Williams Publishing Company in New Orleans that scored a hit with Piron's song "I Wish I Could Shimmy Like My Sister Kate" (although Louis Armstrongclaims that he wrote it and sold it to them and didn't receive credit), and published several other songs like "Royal Garden Blues" that became standards of the Jazz bands at that time. Piron himself started playing professionally in New Orleans in 1904 and led his own band in 1908. Williams and Piron also had a successful vaudeville act, with Piron on the violin and Williamsplaying piano and singing. Piron joined Papa Celestin's Tuxedo Orchestra in 1916 and started Piron's New Orleans Orchestra in 1918. The band traveled to New York in 1923 and returned the following year to play at the Roseland Ballroom. Piron returned to New Orleans and played for many years at the New Orleans Country Club on Lake Pontchartrain, in night clubs, and on Mississippi river boats. 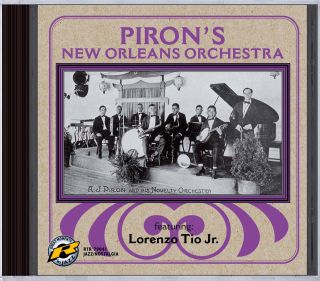