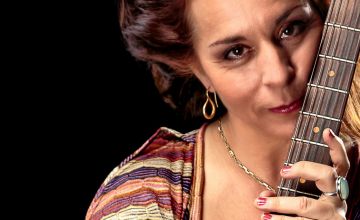 Dalia was born in the Negev Desert of Israel to a Bulgarian mother and Israeli father. Her first impressions were of blazing sun, open space and the shades of the color brown. These impressions will follow her always.
Studied at the Rubin Academy of Music and Dance in Jerusalem, followed by Berklee Collage Of Music, Boston.
Today based in Copenhagen, Denmark.

Through out Dalia’s musical career her idea has been to create a truly global sound by trying to reach a natural fusion between top professional musicians from diverse cultural background. A global experience presenting music with personality, honesty and with no limits of style what so ever; A unique blend of jazz, Bertolt Brecht & Kurt Weill, Middle Eastern & Balkan melodies.

Received the Danish equivalent of a Grammy for Jazz in 2000 and the 2005 “Composer Of The Year Award” given by DJBFA – the Danish Composer Association.

Nominated twice for a “The Danish World Music Award” with her band PILPEL. 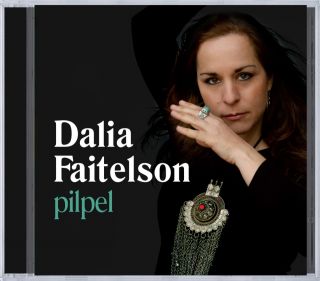