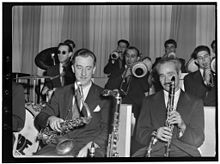 Danny Polo was one of the best swing clarinetists. Born in 1901, he inherited the clarinet talent from his father, and played this (alongside sax and guitar) in the Majestic Band (a local marching band) when he was eight. As a teenager he formed a novelty duo with pianist Claude Thornhill. Polo worked with Elmer Schoebel in 1923 and shortly after with Merritt Brunies, had gigs with Arnold Johnson , Ben Bernie and Jean Goldkette in 1926). In 1927 Danny went to Europe, playing with Ambrose in London on and off between 1930-35. He returned to the U.S. late 1935, but came back to Britain three years later, working again with Ambrose and in Paris with Ray Ventura's Orchestra. He definitively returned to the States in 1939. Polo worked with Joe Sullivan, Jack Teagarden (1940-42 including the soundtrack of the Bing Crosby film "Birth Of The Blues") and Claude Thornhill's Orchestra. When the latter was drafted, Polo led his own bands in the Midwest, rejoining Thornhill in 1947 for some of his finest recordings. Then he unexpectedly fell ill and died in 1949. He had appeared as a sideman on many recording sessions with European bands and with Thornhill, where his cool-toned clarinet gained the admiration of Gil Evans and Gerry Mulligan. This cd contains the recording sessions he led of his own in London and Paris in 1937-39. 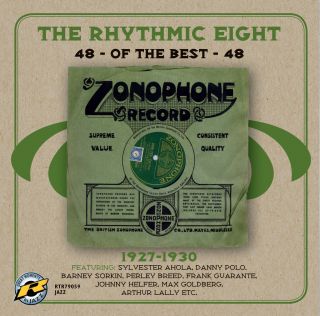 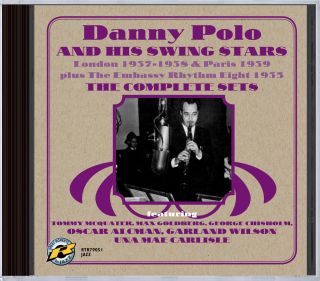 Danny Polo and his Swing Stars