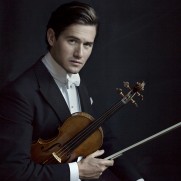 Charlie Siem was born in London in 1986 and is considered one of the most gifted violinists of his generation. Charlie began studying the violin at the age of four and continued his studies at the Guildhall School of Music and subsequently at The Royal College of Music under the tutelage of Itzhak Rashkovsky. Other notable tutors include the renowned violinist and conductor Shlomo Mintz. In tandem with his music studies at The Royal College, Charlie also received a Bachelor of music from Cambridge University.
Charlie has been performing internationally to great acclaim since the age of sixteen and has appeared with many of the world’s leading orchestra, including the Royal Philharmonic, the London Mozart Players and the Israel Camerata. His repertoire covers both the major  concertos and chamber music. In addition, he is a regular guest at the popular national and international music festivals including Windsor, Spoleto and St. Moritz.
In addition to performing a wide range of the traditional repertoire, Charlie also has keen interest in contemporary music and welcomes the opportunity to perform new music by the talented composers of today. Charlie’s most recent collaboration in this field has involved music written for him by the composer Robin Holloway 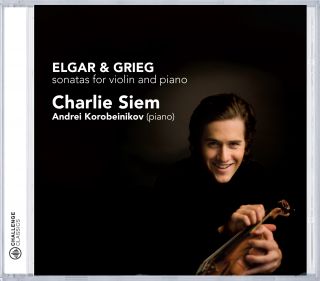