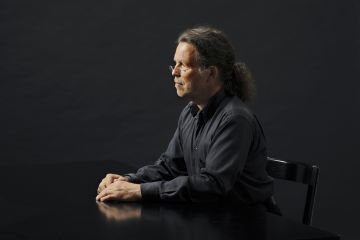 "Throughout the evening Gees played as if he had composed the pieces himself and was therefore extremely vigilant to make sure the performance was carried out according to his inner ear. His eyes were not those of an artist intent on reproduction, but  shone rather a lambent look of passion, just as one might imagine the composer as the creator.“
N. Campogrande

Michael Gees’ biography certainly justifies the term: exceptional. Few others can claim to have a career already behind them at the tender age of fifteen: Born in 1953 into a world of sound and music, both parents are singers, the piano is his favourite toy at age three. Formal piano lessons follow at age five, and the young musician subsequently goes on to win the Steinway Competition at age eight and receives a scholarship at the Mozarteum in Salzburg.

The child prodigy is hailed as “Westphalian Mozart“, takes up studies at the conservatories in Detmold and Vienna and it seems as if he is fast on his way to become an internationally acclaimed pianist. Were it not for the gifted child’s longing to explore the world of sound on his own terms, to playfully experience his self like the great masters’ music, to invent their music all over again, note for note instead of limiting himself to a technical practice regimen. Michael Gees flees the pressure of a predetermined competitional career at the age of fifteen, leaves school, conservatory and home behind, supports himself through odd jobs, works as archeological assistant and, in the process, for the duration of two full years, becomes a sailor.

Chance leads him back to the Hochschule für Musik und Theater in Hannover, where he resumes his compositional studies and eventually graduates. He now develops first rate pianistic chops on his own, composes a number of works, gains international renown as lied accompanist of extraordinary proportions with Christoph Prégardien and also appears in concerts globally; in Paris, London, New York and Tokio. All the while, he nurses and feeds his preference for combining the performance of music of past masters with living inspiration, thereby creating remarkable performances with his instrument.

In 1989, Gees founds “forum kunstvereint“ in his adopted hometown of Gelsenkirchen; the Consol Theater, also installed by him, opens its doors in 2001 on the confines of the former mining area Consolidation. There, music, dance and theatre projects take shape, where children, youths and adults alike are incited and encouraged to discover and realize their own artistic impulses. A steady number of CDs have been released from 1996 onward on forum kunstvereint, CPO and EMI, showcasing Michael Gees’ range.
Since 2008 Michael Gees is associated to the Netherlands label Challenge Classics. The 2009 release of the Schöne Müllerin with Christoph Prégardien won the MIDEM Classical Award and became Recording of the Year.
Michael Gees works on solo-recitals which enjoy breaking with tradition, on modernized lied-renditions, melodramas and stage music. 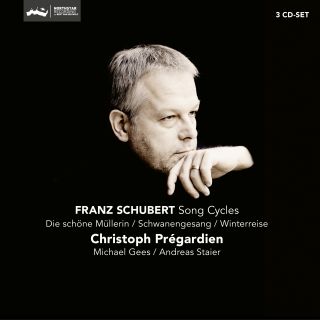 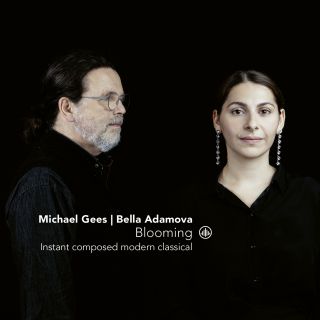 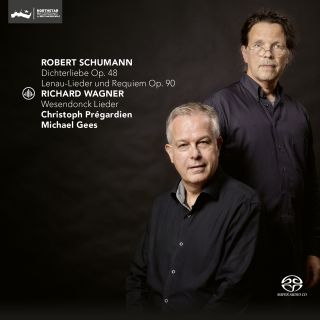 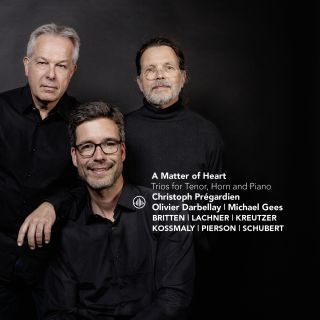 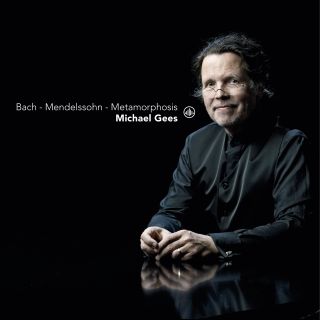 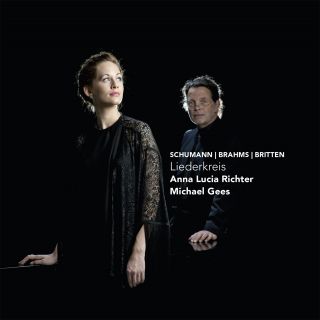 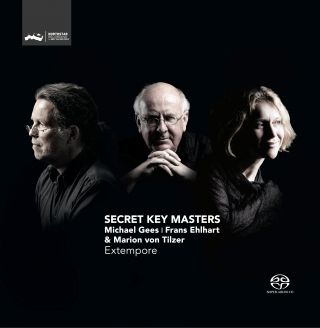 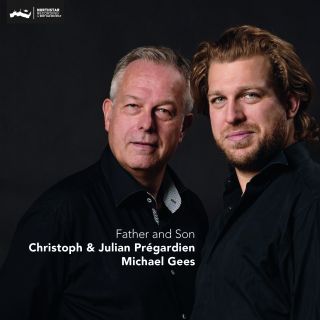 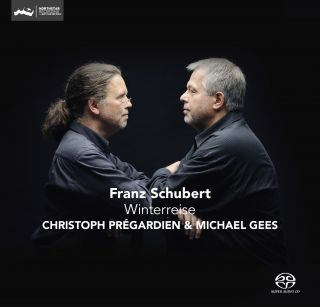 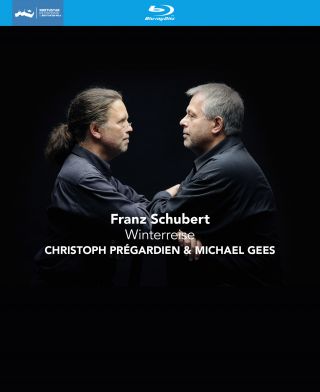 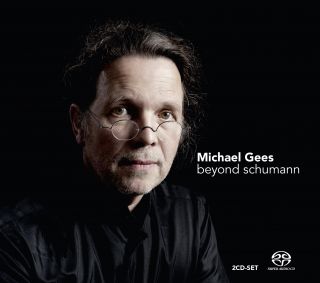 Robert Schumann
€ 14.95
Add to cart
Product is on stock 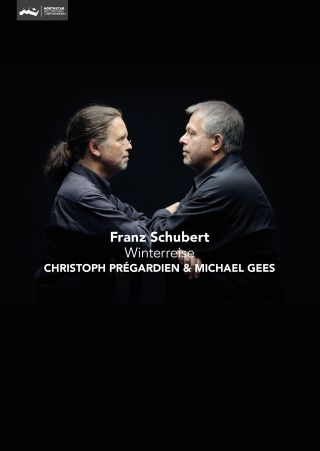 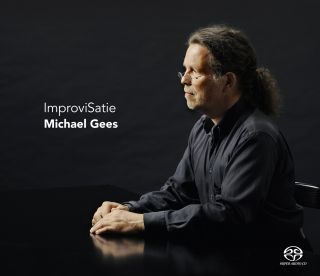 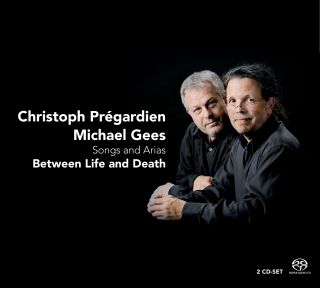 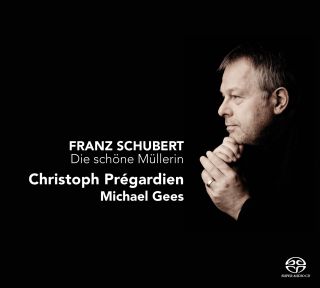 Franz Schubert
€ 12.95
Add to cart
Product is on stock
13-01-2022 Music Web International
"Prégardien provides a notably fine and sensitive performance throughout; he carefully judges exactly how much emphasis to give every syllable, with often tiny inflections in his voice on a single note."
01-11-2021 Ritmo
"There are many beautiful recordings of these three great cycles, but there shall always be a place on our shelves for a more beautiful recording."
26-08-2021 Musicweb International
"The whole set is a triumph for Christoph Prégardien's refined interpretations, and I urge readers to sample it. I wouldn't be surprised if more than one were to place their orders at once."
12-03-2020 Vltava cz
"Adamova’s mezzo-soprano possesses a reliable bel canto technique. However, one can hear more than classical opera singing on the album — the soft wordplay is supported by multifaceted declamation, melismatic ornamentation of certain vowels, or simply half-whispered words, and bending of intonation with small intervalic deviations. These are things which do come into play in classical music but, in a way, also transcend it. Bella Adamova possesses too the gift of dramatic delivery — she can develop a text to its climax and give it a certain theatrical expressivity, when it’s appropriate. The lion’s share of the overall sound is taken care of by the mysterious and introspective piano of Michael Gees, who managed to react with sensibility to the delicate nuances of the voice with a gossamer dynamic and extraordinary colourfulness across the registers."
02-03-2020 BBC Musicmagazine
"... exceptionally gifted improvisers."
21-02-2020 Fanfare
"Conveyed with dignity but with little nostalgia by both Prégardien and Gees."
19-02-2020 American Record Guide
"

"
18-02-2020 Fanfare
"This will be on my Want List at the end of the year. Don’t wait until the end of the year, though—hear it now!"
30-01-2020 Gramophone
"Another fine release from this superb singer."
13-01-2020 Music web International
"Truly impressive!"
06-12-2019 Luister
"The songs are all beautiful in their delicacy and fragility."
29-11-2019 Scherzo
"In his interpretation of the famous lieder cycle [Dichterliebe], he still follows a very vitalistic approach where he joins a youthful excitment to a flawless knowledge of each text inflection... the voice has less flexibility than before but it has gained in breadth and scale, which are ideal features for Wagner's Wesendonklieder... [Lenau-Lieder] Pregardien wonderfully conveys the composer's fragility and intensity, thanks to a most refined technique - impressive is the quality of the pianissimi in every pitch - and an impeccable elocution. Michael Gees, careful partner with a beautiful tone, plays a meaningful role in this recording great lyrical flying."
21-02-2019 Operalounge
"The horn is then also the connecting instrument to the other titles of the recording."
15-02-2019
"This duo -already performing together for decades- is so relaxed on stage."

"They provoke each other in Loewe’s hyper virtuose 'Der Nöck."

"Christoph Pregardiens voice sounds so natural, that you get the impression that there was never any teacher necessary.

The improvisations brought in by Gees seem partly like variations, so that they fit in well with the given work.

And that made a remarkable honest, candid and varied piano plate which also sounds fantastic.
"
04-05-2015 NRC Handelsblad
""Gees switches in diverse styles effortlessly between minimal, new baroque, and rachmaninov."
"
27-04-2015 Musicweb
"'‘Father and Son’ features the great tenor Christoph Prégardien and his son Julian. They perform a generous selection of arrangements for two voices and piano of songs by some of the great lieder composers, and some by less familiar figures.'"
21-04-2015 Opera Magazine
""Michael Gees has with his music as much fun as the singers. The listener has fun too. A wonderful cd!"
"
20-04-2015 NRC Handelsblad
"“Charlotte Gainsbourg, Willeke Alberti, Christa Ludwig - in all genres one will find singing parents with children singing as well. Christoph Prégardien also carried the torch to his son Julien (also a tenor) and it's a treat to hear how they handle Schubert's father-son ballad Erlkönig . The normal role sung by one singer is now a real dialogue between the feverish delirious son and the appeasing father - until death follows.
Not coincidentally, the accompanist and arranger here is pianist Michael Gees; one of the few 'free' classical musicians who conceive the Iron Repertoire in a flexible way. Gees deals with composed music as free as the composers themselves did, in a time where creation and performing were one.”"
03-02-2015 Diapason
"5 tuning-forks (diapasons)!
"The trio breathes like one. Julian, Christoph and the faithful Michael Gees carve the details without freezing the spontaneity of the gesture.""
18-01-2015 Prize CD in Licht op Vier Radio 4
"Prize Cd  on Radio 4 'Licht op Vier'
"
14-01-2015 NDR Kultur
"A boon for the ears!"
08-01-2015 WAZ
"An unconventional as well as brilliant project. The result of the recording summarized into 77 exciting minutes of music. A real personal tip."
06-01-2015 WDR TonArt
"The intonation is flawless, they breath jointly and phrase neatly. A benefaction for the ears."
02-01-2015 oblivionsoave.wordpress.com
""It does not really go any further than rustic comfortableness.""
31-12-2014 De Volkskrant
"4**** stars
"Christoph and Julian make sure that sentiment never flows into sentimentality. But they do not hide the fact that they enjoy doing this very much, senior with his refined voice, junior with his very promising glow."
"