As a cousin of the legendary jazz bassist and composer Charles Mingus, Henry Robinett grew up with jazz in his head and in his blood. From the time he picked up his first guitar at 13, this consummate Henry Robinett's 4th CD, "An Uncommon Prayer: and other short stories" this musician and composer has dedicated his life and career to America's only true art form.

He had the good fortune of living and studying with Mingus in the late 70's. This opportunity put him in contact with such music legends as: Joni Mitchell, Sonny Rollins, Dizzy Gillespie, Ornette Coleman, Muhal Richard Abrams, George Coleman, Dexter Gordon, Woody Shaw.

He has played and recorded with jazz great Jessica Williams, the band Bourgeois Tagg, the funky jazz pianist Roger Smith and has had his own groups since the mid-eighties. In 1995 he moved to Vienna, Austria to head up the jazz department at the American Institute of Music. Simultaneously he created his own record label, Nefertiti Records, to ensure his control over the direction and marketing of his own music and to give other artists the same artistic sanctuary in what is often seen as a hostile industry.

Robinett's band boasts endless talent: Alan Hall on drums who recently relocated to the West Coast after years of playing and teaching at Berklee College of Music in Boston; Nelson Braxton on bass of the famous Braxton Brothers Band; Norbert Stachel on saxophones, the premier soloist in the San Francisco Bay Area and soloist with Tower of Power; tenor saxists Alex Murzyn and Darius Babazadeh, John R. Burr on piano; Mombo Hernandez on percussion. 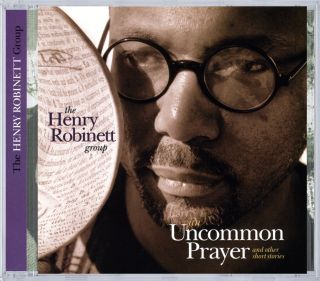