John is clearly a master of his instrument. There’s an unforced swing and natural flow of ideas in his solos, no matter what the tempo. John’s tunes do cover territory familiar to any fan of organ combos. “Green Street” is a shuffle blues that bears a resemblance to Jimmy Smith’s “Chicken Shack”, but with a different rhythmic treatment. The minor blues “Sultry”, is modelled after the Jimmy Smith - Wes Montgomery classic, “Mellow Mood”, and like it’s predecessor, John’s tune inspires some funky soloing and tight ensemble work. He sounds just as relaxed and inventive sprinting through the up tempo “Greyhound”. Clarity of thought and depth of feeling unite in his playing, and each solo develops organically to its climax - an affirmation of the improviser as storyteller. Luxuriating in the tender lyricism of “Away From You”, John shows off his gorgeous tone, of which he is justifiably proud. It’s a marvel of nuanced color - dark and round in the lower registers and expansive, bright, and assertive at the top end. This multihued brilliance gives his solos an expressive, lyrical quality that invites the listener into the music. 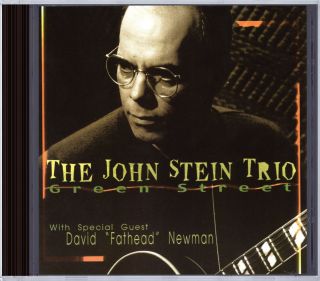