Justin Morell, guitarist, studied music at the Hamilton Academy of Music and later received a Bachelor of Arts from U.C.L.A. with an emphasis in guitar performance and composition. Justin comes from a family of musicians: his father, John, is a jazz guitarist who has worked with eveyone from Shelly Manne to Miles Davis, and his grandfather, Carl Fischer, composed such standards as You’ve Changed and We’ll Be Together Again. Some of Justin’s career highlights have been performing with Rusell Ferrante, Brandon Fields, Dizzy Gillespie, James Ingram, Johnny Mandel, Bob Mintzer, Peter Erskine and The Supremes. He is currently freelancing and teaching privately. 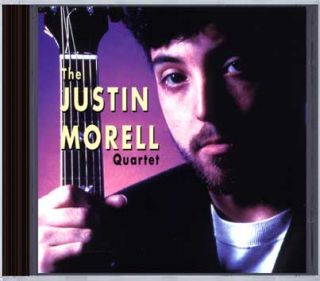