The Nemesis Quartet have already gained a reputation as one of the most promising bands around and have amassed quite an impressive curriculum vitae.They made their debut in 1994 at the VPRO Middlesee Jazz Festival, where not only did they carry off the first prize but drummer Chander sardjoe was individually honoured as ‘best soloist’. As a result of this striking success Nemesis was invited to appear at the North Sea Jazz Festival and to perform several live-broadcasts for public radio. In a short time they were one of the most exciting groups on the national scene.New York based saxophonist/composer/bandleader Steve Coleman became aware of their music through internet and workshops and invited drummer Chander Sardjoe to join his projects “Secret Doctrine” and “Five Elements”. 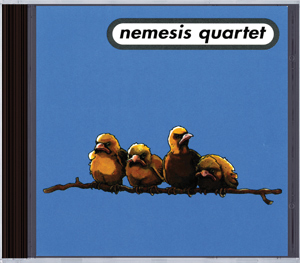