Sandrine Cantoreggi was educated at the Luxembourg Conservatoire of Music. She studied with Pierre Amoyal (Paris) and Roman Nodel (Germany), and was Carlo Van Neste’s last student, who took her under his protection in Belgium. Sandrine completed her studies at the Queen Elisabeth Musical Chapel. Régis Pasquier, Victor Liberman and Jean-Jacques Kantorow were advisors
and guides in her career.

Sandrine plays as soloist with orchestras, as well as in recitals and in chamber music groups.
A number of concert halls have welcomed Sandrine as a soloist. Among them: ‘Grosse Musikhalle’ in Hamburg, ‘Gewandhaus’ in Leipzig, ‘Rudolfinum’ in Prague, ‘La Monnaie’ in Brussels, ‘Salle Gaveau’ and ‘Musée d’Orsay’ in Paris. Regularly invited to music festivals, Sandrine has proven her energetic and passionate play to the public and the critics.

Well known conductors and talented musicians have accompanied her in her musical universe which extends to all periods. Sandrine has played under the direction of conductors like Yehudi Menuhin, J-M Haendler and the Solistes Européens, Luxembourg, Vladimir Spivakov and the Moscow Soloists, Georges Octors and the Orchestre de Chambre de Wallonie, Jan Stulen and the Philharmonic Orchestra of Transylvania, Grzegorz Nowak and the Sinfonia Helvetica, Shao Chia LU, Mark Stringer, Istvan Denes and the Orchestre Philharmonique de Luxembourg,
Pierre Cao, Jeanpierre Faber…

Several concerts where Sandrine performed have been recorded live by various European radio
stations. In 1998, Sandrine participated as a violinist in the production of a documentary film on the violin (‘VIBRA’). Several recordings bear witness on her musical progress. 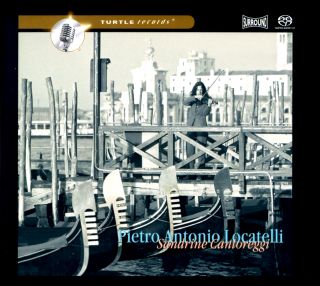 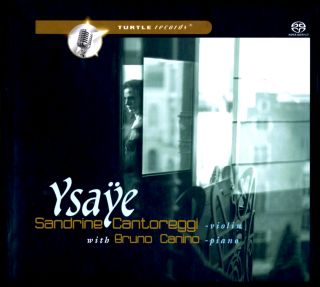