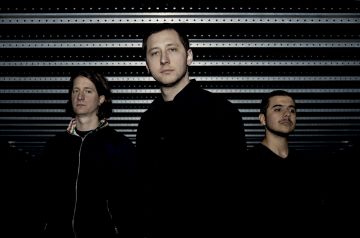 The Bodurov Trio led by the Bulgarian pianist and composer Dimitar Bodurov has been an instant success since its debut in September 2001. In November 2003, the band released its debut album ‘Melatonic’ ACR 9817, for the Norwegian label Acoustic Records, with exclusively its own compositions, which were close to the ECM ideal. John Taylor reviewed it as: ‘A marvellous debut!’. Bodurov’s fascination with Bulgarian folklore has evolved in an unique and distinctive style, which is embodied in ‘The Resumption Suite’ (2004), a multi partial work for piano, bass, drums and samples, based on Bulgarian rhythms; and the band’s next project, ‘Stamps from Bulgaria’ (2008) - a set of compositions based on traditional Bulgarian folk songs and dances.

The Trio has toured throughout Europe including the Benelux, Germany, Austria, Bulgaria, Macedonia, Albania and Ireland. In 2002 Bodurov and his band were awarded three prizes: the Leidse Stad Jazz Award; the Erasmus Jazz Award; and the Pim Jacobs Jazz Prize. In July 2005.Dimitar was one of 12 young pianists from around the world selected to participate in the ‘Time Montreux Jazz Solo Piano Competition’ in Switzerland. In January 2007 he won the ‘Young Pianist Foundation Jazz Concours 2007’ at the BIMhuis, Amsterdam.

With their new album 'Seven Stamps', which will be released next year, the Bodurov Trio continue delving into Bulgarian folklore and further narrowing their search to the intrinsic variations of the very popular rhythm in 7.
Different regions have their own interpretation and names of it such as Rychenica, Chetvorno, Elenino Horo, etc.
In combination with other measures, the rhythm in seven serves as a basis for other so called additive measures, which provide countless possibilities for interpretation.

The trio will be also joined by the internationally acclaimed kaval player Theodosii Spassov, who is one of the pioneers in connecting Bulgarian Folklore with the jazz tradition, as well as a great inspiration for many musicians. 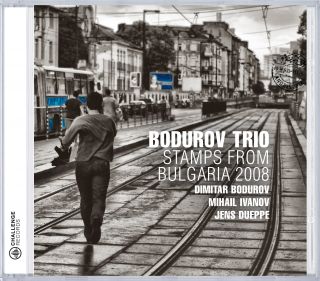 Dimitar Bodurov/Bodurov Trio
NOW FOR € 10,36
€ 12.95
Add to cart
Audio Freaks
"The interplay is firm and organic, solid as a rock. Delightful! "