Five Up High was startedin 1993 by Jasper Blom and Joost Patocka and is a group of five high flyers from a new generation of young, Dutch jazz musicians. The band was an immediate succes; within six months of their debut, they were asked to record their first CDand the (inter-)national press was unanimous in their praise. Three months after the CD-presentation Five Up High played at the North Sea Jazz Festival Then in October 1994 they won the “European Jazz Competition) at the “Leverkusener Jazztage” in Germany.
And later appeared succesfully at the Gexto Jazzfestival in Spain. With their reputation growing at home and abroad, the band felt that the time was right to record a new CD to show how their style continues to develop. 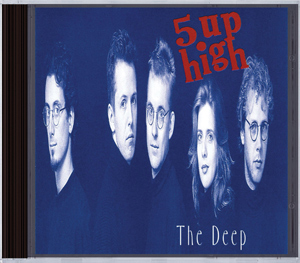