Peter Apfelbaum, with whom he has often collaborated, is one of those like Berger who is open to everything new and does not shy away from working together with pop musicians either. John Lindberg is considered by many to be the best bassist these days, and his solo track on the CD underlines this. Tani Tabbal is on drums and formerly played for James Carter. Peter Einhorn and Frank Möbus (“Der Rote Bereich”) as sensitive guitarists and Ray Spiegel on the tablas contribute concise sounds. Ingrid Sertso proves impressively with her playing that she understands the intention in Berger’s compositions. And then there is the “discovery” of the 57-year-old Berger, the young violinist Annette Roelofs, who opens a new door to jazz for her instrument both in sound and rhythm far from Grappelli. 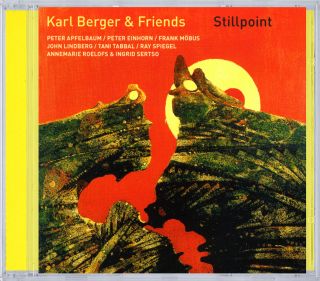