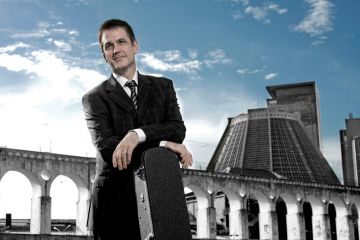 Mark Lambert is a guitarist, singer, composer and arranger, specializing in jazz, blues, pop, MPB and classical music. During the nineties, Lambert was the musical director for one of the biggest icons of Bossa Nova in the world, the singer Astrud Gilberto. He and she co-produced her last two CD’s: “Temperance” (1997) and “Jungle” (2002).

Since 2001 he has been part of the touring band of Ute Lemper, the German cultsinger expatriated to NY. With Ute, he has toured extensively in Europe, Japan, Israel, México, Austrália, New Zealand and the United States. He also wrote 10 orchestral arrangements for her that were performed in Europe and at Carnegie Hall (NY) with the grammy award winning, Orpheus Chamber Orchestra.

His arrangements were also performed by the NDR Orchestra of Germany, Icelandic Filharmonic, Bulgarian Radio Orchestra and the Brooklyn Philharmonic. In 2008, Lambert and his band performed agin in the Baiacool Festival in Belém, Savassi Festival in Belo Horizonte and two runs at RioScenarium in Rio de Janeiro.

“Under My Skin”, Lambert’s new CD of jazz standerds will be released in May of 2009 on the Dutch label, Challenge Records. It is produced by Werner “Vana” Gierig, and features Alvester Garnett, Matthew Parrish and Vinicius Barros. 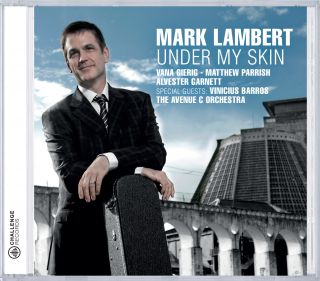