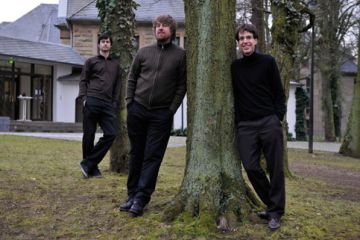 Twenty-five year old Sebastian Sternal from Mainz learned to play classical piano when he was six and was already awarded his first prize in his Palatine homeland when he was 12. He was the prizewinner of "Young People Jazzing" twice, and another distinction followed as first-place winner in the contest "Young People Compose". He was a member of the German Youth Jazz Orchestra and studied jazz piano at Cologne Music College under John Taylor and Hubert Nuss.

Sebastian has composed film music and is a member of several ensembles. "One" of these – and his most important – is the Sebastian Sternal Trio. The trio has been together for seven years and plays original compositions by Sternal. One song is by the bassist Sebastian Klose, who also graduated together with drummer Axel Pape and both with excellent grades as a music majors from the University of Mainz. Both play in numerous bands and are musicians much in demand. The trio was already named state winner at their first public performance in the Hessian state contest "Young People Jazzing" in 2002. In 2003, the musicians were awarded a special prize at the "German Encounter of Young People Jazzing". Following one year of studies in Paris, Sebastian Sternal has lived in Cologne for the past year. In 2007, he was distinguished with the renowned "WDR Jazz Prize" for his outstanding skills in the area of improvisation. 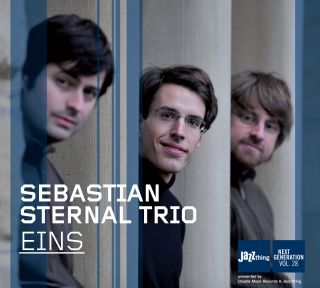