Charlotte Greve is not just simply talented. She was already a member of the State Youth Jazz Orchestra when she was 16 and since then has won several music and solo playing prizes on the state and national levels as an alto sax player in various bands. She is also unbelievably hard-working; she took lessons from Loren Stillman, Dick Oatts and David Binney, among others, and is currently studying under Peter Weniger in Berlin. In addition to all of that, she has an unbridled urge to be creative and shape music as well as substantial powers of self-assertion, which a band simply has to have.

The band members have already demonstrated their own merits too. The most well known of them is Marc Muellbauer on bass. Julia Hülsmann has put her trust in his playing for the past 12 years, and he also plays on the most recent ECM album. Martin Krümmling has been a member of BuJazzO since 2006, but also provides the rhythm in David Friedman's trio (he also studied under him, among others). Manuel Schmiedel (born 1987) from Baden-Wurttemberg is the second youngest member of the band: he studied under Prof. Wolfgang Köhler in Berlin and is already a pianist much in demand in that city. 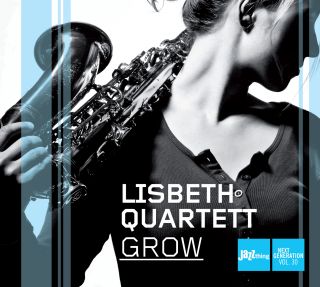 Lisbeth Quartet/Charlotte Greve
€ 8.95
Add to cart
Product is on stock