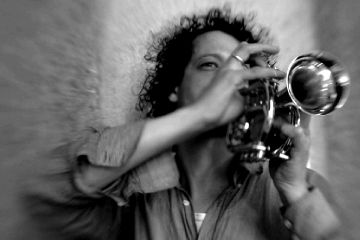 Dutch trumpeter, vocalist and composer Eef van Breen (1978) has a clear jazz background but is strongly influenced by classical composers, film, dance and other arts forms. His musical vision has been developed with a new unique sound as a result of that. His own group has a remarkable line-up of trumpet/vocals, two violins, harp, cello, double bass and foley artist that allows him to write in a most colourful and symphonic way.

His debut album PLAYING GAMES (2010, Challenge Jazz) was unanimously praised by the press and obtained an Edison nomination. The album caused a buzz in the music world. On his second album CHANGING SCENES (2012), Van Breen is playing around with changing contexts. Sounds from all around us reproduced by a foley artist become a three-dimensional set with carefully wrought compositions. At this time, Van Breen is working on a major project called CHAPMAN;  a film without images (release 2015).

Not only is Van Breen a performer of his own compositions on stage; He composes as well for film (Winner Best Original Music Award 2004 film festival Reus, Spain), theatre (Toneelgroep Amsterdam, Toneelschuur Haarlem, Noord-Nederlands Toneel a.o), modern dance and several renowned chamber music ensembles. He wrote the first authentic Klingon opera on earth that was listed in the New York Times as number eleven of the ‘ten most essential things of the world’. He made his international debut as a composer in February 2011 with his composition ‘Flavours’ for cello solo that was premiered by Amber Docters van Leeuwen in Carnegie Hall, New York (USA). 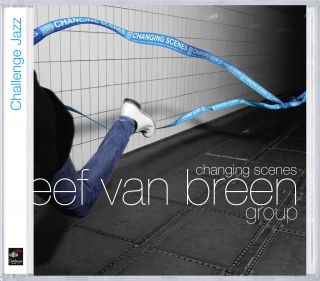 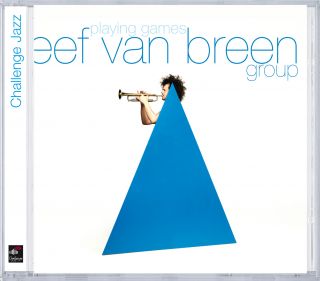 Product is no longer available
08-04-2013 De Volkskrant
"Eef van Breen's imagination is boundless, and he wants to share. Put on your headphones and float with your eyes closed threw green and mountainous landscapes. Surrounded by fine people visit the circus and you end up a little later in an enchanted forest.

Never brutal, always with a childlike imagination, gets you out of your comfort zone, because many images interfere with everyday sounds and vice versa"
23-07-2012 Jazzism
"Most notable are the elaborate orchestration, with strings, glockenspiel, ukulele and harp. An unusual album."
01-06-2012 Jazzmozaiek
"With a colorful set of instruments including glockenspiel, harp, melodica and ukulele, outlines this company outlines a fragile and magical realistic dream world"
01-01-1970 Vrij Nederland
""You've got jazz, you've got improvised music, and so Eef van Breen"