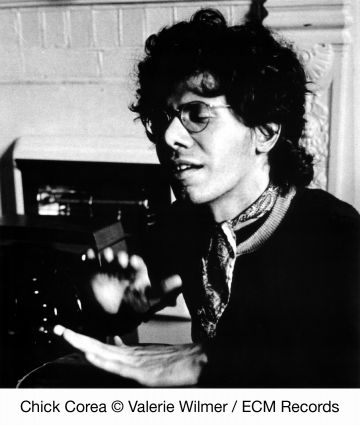 Early career
Corea's first major professional gig was with Cab Calloway. Corea started his professional career in the 1960s playing with trumpeter Blue Mitchell and Latin greats such as Herbie Mann, Willie Bobo and Mongo Santamaría. One of the earliest recordings of his playing is with Blue Mitchell's quintet on The Thing To Do. This album features his composition "Chick's Tune", a clever retooling of "You Stepped Out of a Dream" that demonstrates the angular melodies and Latin-and-swing rhythms that characterize, in part, Corea's personal style. (Incidentally, the same tune features a drum solo by a very young Al Foster.)
His first album as a leader was Tones for Joan's Bones in 1966, two years before the release of his album Now He Sings, Now He Sobs, with Roy Haynes on drums and Miroslav Vitouš on bass.
He made another sideman appearance with Stan Getz on 1967's Sweet Rain (Verve Records).

Avant garde period
From 1968 to 1971 Chick Corea had associations with avant garde players and his solo style revealed a dissonant, avant garde orientation. His avant garde playing can be heard on his solo works of the period, his solos in live recordings under the leadership of Miles Davis, his recordings with Circle, and his playing on Joe Farrell's Song of the Wind album on CTI Records.
In September 1968 Corea replaced Herbie Hancock in the piano chair in Davis' band and appeared on landmark albums such as Filles de Kilimanjaro, In a Silent Way, and Bitches Brew. In concert, Davis' rhythm section of Corea, Dave Holland, and Jack DeJohnette combined elements of free jazz improvisation and rock music. Corea experimented using electric instruments with the Davis band, mainly the Fender Rhodes electric piano.
In live performance he frequently processed the output of his electric piano with a device called a ring modulator, producing sounds reminiscent of composer Karlheinz Stockhausen. Using this style, he appeared on multiple Davis albums, including Black Beauty: Live at the Fillmore West and Miles Davis at Fillmore: Live at the Fillmore East. His live performances with the Miles Davis band continued into 1970, with a great touring band of Steven Grossman, tenor sax, Keith Jarrett, additional electric piano and organ, Jack DeJohnette, drums, Dave Holland, bass, Airto Moreira, percussion, and Miles on trumpet.
Holland and Corea left to form their own group, Circle, active between 1970 and 1971. This free jazz group featured multi-reed player Anthony Braxton and drummer Barry Altschul. This band was documented on Blue Note and ECM. Aside from soloing in an atonal style, Corea sometimes reached in the body of the piano and plucked the strings. In 1971 or 1972 Corea struck out on his own.
The concept of communication with an audience became a big thing for me at the time. The reason I was using that concept so much at that point in my life — in 1968, 1969 or so — was because it was a discovery for me. I grew up kind of only thinking how much fun it was to tinkle on the piano and not noticing that what I did had an effect on others. I did not even think about a relationship to an audience, really, until way later.

Jazz Fusion
In the early 1970s Corea took a profound stylistic turn from avant garde playing to a crossover jazz fusion style that incorporated Latin jazz elements. He founded Return to Forever in 1971. This band had a fusion sound and even though it relied on electronic instrumentation it drew more on Brazilian and Spanish-American musical styles than on rock music. On its first two records, Return to Forever featured Flora Purim's vocals, the Fender Rhodes electric piano, and Joe Farrell's flute and soprano saxophone. Airto Moreira played drums. Corea's compositions for this group often had a Brazilian tinge. In 1972 Corea played many of the early Return to Forever songs in a group he put together for Stan Getz. This group, with Stanley Clarke on bass and Tony Williams on drums, recorded the Columbia label album Captain Marvel under Getz's name.
Only Clarke remained from the group's first lineup; Bill Connors played electric guitar and Lenny White played drums. No one replaced vocalist Purim. (Briefly, in 1977, Corea's wife, Gayle Moran, served as vocalist in the band.) In 1974 Al Di Meola joined the band, replacing Connors. In this second version of Return to Forever, Corea extended the use of synthesizers, particularly Moogs. The group released its final studio record in 1977. Thereafter, Corea focused on solo projects.
Corea's composition "Spain" first appeared on the 1972 Return to Forever album Light as a Feather. This is probably his most popular piece, and it has been recorded by a variety of artists. There are also a variety of subsequent recordings by Corea himself in various contexts, including an arrangement for piano and symphony orchestra that appeared in 1999, and a collaborative piano and voice-as-instrument arrangement with Bobby McFerrin on the 1992 album Play. Corea usually performs "Spain" with a prelude based on Joaquín Rodrigo's Concierto de Aranjuez (1940), which earlier received a jazz orchestration on Miles Davis' and Gil Evans' "Sketches of Spain".
In 1976 he issued My Spanish Heart, influenced by Latin American music and featuring vocalist Moran and electric violinist Jean-Luc Ponty.
The late Ana Mazzotti, a Brazilian jazz pianist and vocalist, dedicated what is perhaps her last ever recorded track, "Grand Chick", to Chick Corea. The song may be found on her "Ao Vivo Guaruja 1982" album. As Ana Mazzotti worked with Brazilian jazz fusion masters Azymuth in her first album, it was further testament to Chick Corea's influence in the genre.

Duet projects
In the 1970s Corea started working occasionally with vibraphonist Gary Burton, with whom he recorded several duet albums on ECM, including 1972's Crystal Silence. They reunited in 2006 for a concert tour. A new record called The New Crystal Silence (which has received 3 nominations for the 51st Grammy Awards) was issued shortly into 2008. The package includes a disc of duets and another disc featuring the Sydney Symphony.
Later, toward the end of the 1970s, Corea embarked on a series of concerts and two albums with Herbie Hancock. These concerts were presented in elegant settings with both pianists formally dressed, and performing on Yamaha concert grand pianos. The two jazz greats traded playing each other's compositions, as well as pieces by other composers such as Béla Bartók.
In December 2007 Corea recorded a duet album, The Enchantment, with banjoist Bela Fleck. Fleck and Corea toured extensively behind the album in 2007. Fleck was nominated in the Best Instrumental Composition category at the 49th Grammy Awards for the track "Spectacle."
In 2008 Corea collaborated with Japanese pianist Hiromi Uehara on the live album Duet (Chick Corea and Hiromi). The duo played a concert at Tokyo's Budokan arena on April 30.

Later work
Corea's other bands include the Elektric Band, the Akoustic Band, and Origin.
The Akoustic Band released a self-titled album in 1989, and featured John Patitucci on bass and Dave Weckl on drums. It marked a turn back toward traditional jazz in Corea's career, and the bulk of his subsequent recordings have been acoustic ones. The Akoustic Band also provided the music for the 1986 Pixar short Luxo Jr. with their song The Game Maker.
In 1992 Corea started his own record label, Stretch Records.
In 2001 the Chick Corea New Trio, with Avishai Cohen and Jeff Ballard on bass and drums, respectively, released the album Past, Present & Futures. The 11-song album includes only one standard composition (Fats Waller's "Jitterbug Waltz"). The rest of the tunes are Corea originals.
He also participated in 1998's Like Minds, which features Gary Burton on vibes, Pat Metheny on guitar, Dave Holland on bass and Roy Haynes on drums.
Recent years have also seen Corea's rising interest in contemporary classical music. He composed his first piano concerto — and an adaptation of his signature piece, Spain for a full symphony orchestra — and performed it in 1999 with the London Philharmonic Orchestra. Five years later he composed his first work not to feature any keyboards: His String Quartet No. 1, specifically written for and performed by the highly acclaimed Orion String Quartet on 2004's Summerfest.
Corea has continued releasing jazz fusion concept albums such as To the Stars (2004) and Ultimate Adventure (2006). The latter album won the Grammy Award for Best Jazz Instrumental Album, Individual or Group.
In 2008 the second version of Return to Forever (Corea, keyboards; Stanley Clarke, bass; Lenny White, drums; Al Di Meola, guitar) reunited for a worldwide tour. The reunion received positive reviews from most jazz and mainstream publications.Most of the group's studio recordings were re-released on the compilation Return to Forever: The Anthology to coincide with the tour. A concert DVD recorded during their performance at the Montreux Jazz Festival was released in May 2009. He is recently working on a collaboration CD with the Grammy Award winning jazz vocal group The Manhattan Transfer, due to be released in August 2009.
A new group, the 5 Peace Band, which features Corea and guitarist John McLaughlin began a world tour in October 2008. Corea previously worked with McLaughlin in Miles Davis' late-1960s bands, including the group that recorded Davis' album Bitches Brew. Joining Corea and McLaughlin in the 5 Peace Band are saxophonist Kenny Garrett, and bassist Christian McBride. Drummer Vinnie Colaiuta played with the band in Europe and on select North American dates; Brian Blade played all dates in Asia and Australia, and most dates in North America. 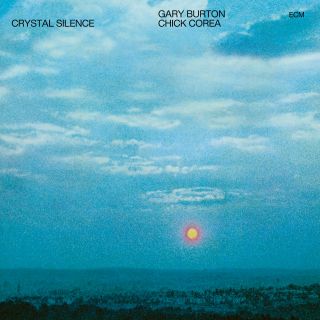 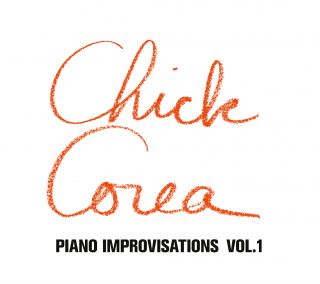 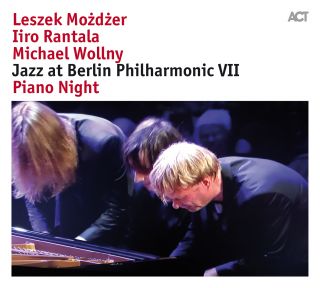 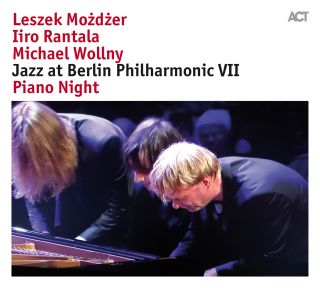 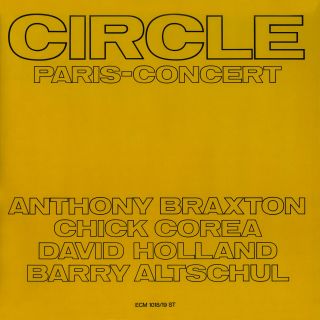 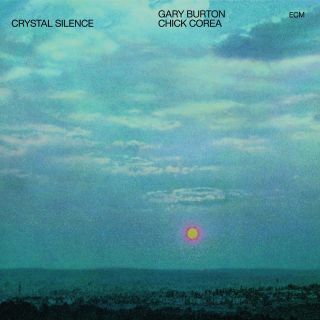 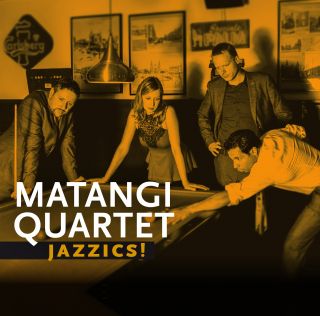 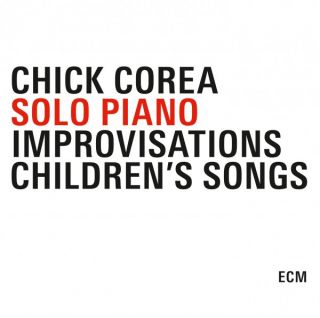 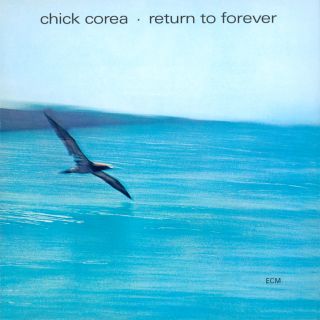 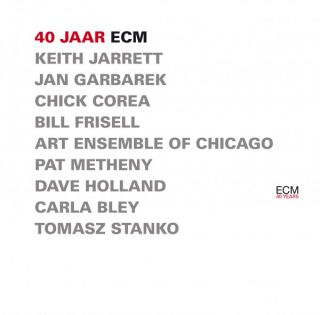 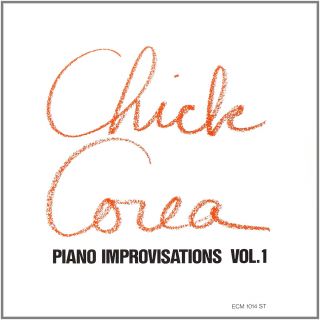 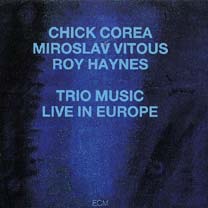 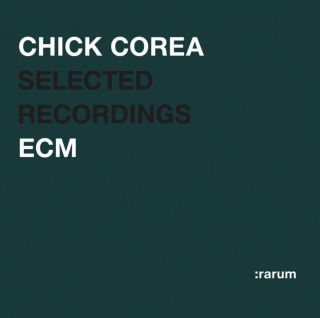 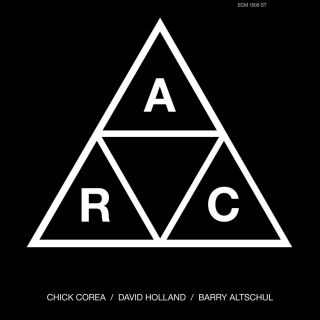 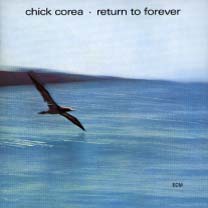