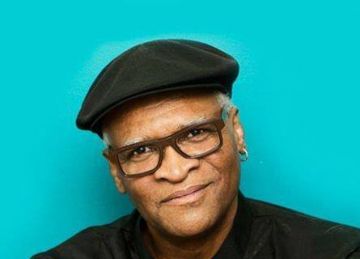 A saxophonist, composer, arranger and educator, Bobby Watson grew up in Kansas City, Kan. He trained formally at the University of Miami, a school with a distinguished and well-respected jazz program. After graduating, he proceeded to earn his "doctorate" – on the bandstand – as musical director of Art Blakey's Jazz Messengers. The group, created in 1955 by late legendary drummer who died in 1990, showcased a rotating cast of players, many who, like Watson, would go on to have substantial careers as bandleaders in their own right. The Jazz Messengers – frequently referred to as the "University of Blakey" – served as the ultimate "postgraduate school" for ambitious young players.

After completing a four-year-plus Jazz Messengers tenure (1977-1981) that incorporated more than a dozen recordings – the most of any of the great Jazz Messengers, the gifted Watson became a much-sought after musician, working along the way with a potpourri of notable artists – peers, elder statesmen and colleagues all -- including, but not limited to: drummers Max Roach and Louis Hayes, fellow saxophonists George Coleman and a younger Branford Marsalis, celebrated multi-instrumentalist Sam Rivers and trumpeter Wynton Marsalis (who joined the Jazz Messengers at least in part at the suggestion of Watson). In addition to working with a variety of instrumentalists, Watson served in a supporting role for a number of distinguished and stylistically varied vocalists including: Joe Williams, Dianne Reeves, Lou Rawls, Betty Carter and Carmen Lundy.

Later, in association with bassist Curtis Lundy and drummer Victor Lewis, Watson launched the first edition of Horizon, an acoustic quintet modeled in many ways after the Jazz Messengers but one with its own distinct slightly more modern twist. Among the groups' other talented members were pianist Ed Simon, trumpeter TereIl Stafford and bassist Essiet Okon Essiet. Clearly, by all critical accounts, Horizon, which still performs together on special occasions, is now considered as one of the preeminent small groups of the mid-1980s to mid-1990s and even into the 2000s. The group recorded several highly acclaimed titles for the Blue Note and Columbia record labels including Post-Motown Bop (Blue Note) and Midwest Shuffle, Live! (Columbia); the latter is a compendium that captured the group in concert at a number of locations in 1993.

In addition to his work with Horizon, Watson also led a nine-piece group known as the High court of Swing – a tribute to the music of Johnny Hodges – as well as the GRAMMY-nominated 16-piece, large ensemble Tailor Made Big Band. The lyrical stylist is also a founding member of the well-respected 29th Street Saxophone Quartet, an all-horn, four-piece ensemble.

Watson's classic 1986 release, Love Remains (Red) has long been recognized by the Penguin Guide to Jazz (Penguin). Having received the publication's highest rating it was then identified in the ready reference book's seventh edition as a part of its "core collection" [i.e. a "must-have"], joining other entries by a number of aforementioned jazz masters as a recording that any jazz aficionado should own.

More recently Watson issued a series of recordings on the Palmetto label. On the heels of his No. 1 releases, Live & Learn (2005) and Horizon Reassembled (2006), which brought him back together with Lewis, Stafford, Simon and Essiet, the saxophonist issued From the Heart (2008) which unveiled yet another project where he again shares the limelight with bassist Lundy. The release also went to No. 1 on the national jazz airplay chart and remained there for nine weeks.

For more than three decades now Watson has contributed consistently intelligent, sensitive and well-thought out music to the modern-day jazz lexicon. All told, Watson, the immensely talented and now-seasoned veteran, has issued some 30 recordings as a leader and appeared on 100-plus other recordings, performing as either co-leader or in support of other like-minded musicians. Not simply a performer, the saxophonist has recorded more than 100 original compositions including the music for the soundtrack of A Bronx Tale, which marked Robert DeNiro's 1993 directorial debut. Numerous Watson compositions have become classics such as his "Time Will Tell," "In Case You Missed It" and "Wheel within a Wheel," each now oft-recorded titles that are interpreted by his fellow musicians both on the bandstand and on other recordings.

Bobby Watson, Educator
In addition to his compositional and performance prowess Watson is equally respected as an educator. More importantly, he now inspires those a generation or more younger than himself – passing on his great knowledge. His teaching within known jazz programs and institutions began in the mid-1980s when he served as a member of the adjunct faculty and taught private saxophone at William Paterson University (1985-1986) and Manhattan School of Music (1996-1999). As the millennium hit Watson hit his stride in the educational field. The recipient of the first endowed chair at the University of Missouri-Kansas City Conservatory of Music and Dance, the saxophonist, after using The Big Apple as his home base for 25 years, came full circle returning to his native locale in 2000. Appointed as the first William D. and Mary Grant/Missouri Distinguished Professorship in Jazz Studies, he continues to serve as the Conservatory's Director of Jazz Studies. A decade into that position Watson now attracts the city's home-grown talent as well as the region's – and some of the nation's -- most gifted aspiring musicians to attend his program. He capped off his first 10 years in the position by first conceptualizing and then delivering one of his most ambitious projects to date – one where he combines all of his talents: composing, arranging, producing, teaching and performing.

In late fall 2010 Watson released his seven-part, all-originally composed The Gates BBQ Suite, which went to #4 on the National Jazz Airplay chart. The selfless Watson designed this complex work – which draws upon childhood remembrances and experiences centered on his family's involvement in the business and his home-town's semi-official food – to primarily showcase his students. Arranged as a big-band endeavor, with Watson only playing sporadically, The Gates BBQ Suite houses an abundance of ensemble playing and solos from those who study with Watson. Said Will Friedwald in the Wall Street Journal: "The Gates BBQ Suite, performed by Mr. Watson and the University of Missouri at Kansas City Concert Jazz Orchestra, is quite likely the most K.C.-specific work of his career thus far. It is, in every way, a worthy companion to the most famous long-form work celebrating jazz in that city, the 1960 ‘Kansas City Suite,' written by Benny Carter for Count Basie (neither of whom were K.C. natives, although Basie was easily the single greatest ambassador for K.C. jazz). In 1992, when Mr. Watson produced his first big band album, Tailor Made, Columbia Records trumpeted that the sessions were completely unrehearsed – as if that were somehow a positive thing; here it's abundantly clear that Mr. Watson and his students have ample rehearsal time to get everything right..." All this said, just releasing the recording was not enough for the energetic Watson. Using guile and his boundless creative energy Watson was able to create an opportunity for him and his students to travel to Japan for a 10-day tour that showcased Gates and other compositions. To say they were well-received would be a drastic understatement. Now, as 2011 hits, Watson has prepared each of Gates' seven charts to stand either together as a suite or individually and has made them available to band directors around the world so that he can serve as an artist-in-residence and/or special guest and have the work performed in whole or in part anywhere.

As in-demand as ever, the lyrical saxophonist balances his teaching responsibilities with engagements at major venues throughout the world including appearances at clubs, festivals, on campuses and at Performing Arts Centers. 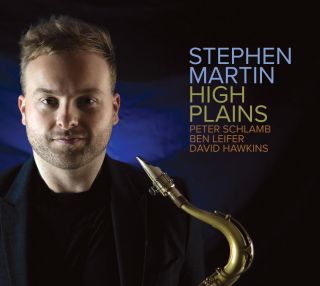 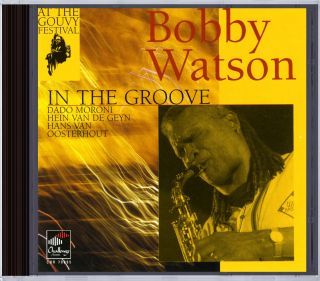 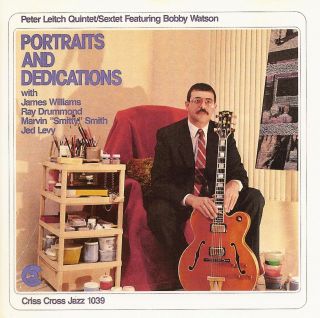